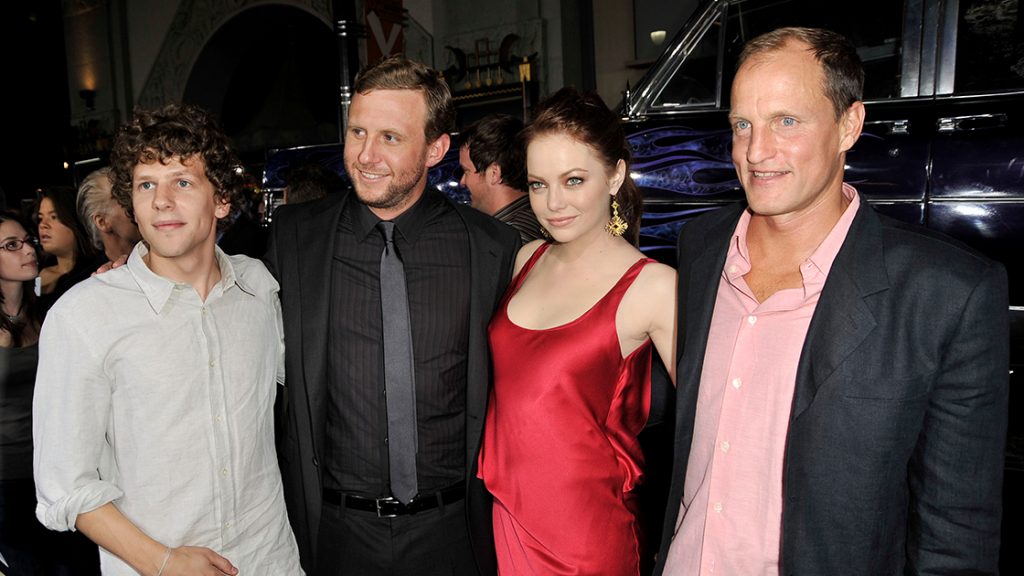 How’s this for a #10YearChallenge? After a decade of busting undead heads, the Zombieland gang is back in action for Zombieland: Double Tap, the sequel to the hit comedy-horror film. We here at The Credits had an inkling earlier this year that this was happening! The official Zombieland Twitter account announced the news on Tuesday, dispelling any doubt:

You really do get better with age! The glow-up is real. 2009’s Zombieland followed geeky college kid Columbus (Jesse Eisenberg) as he makes his way through a zombie apocalypse. Along the journey, he meets three strangers: Tallahassee (Woody Harrelson), and sisters Wichita and Little Rock (Emma Stone and Abigail Breslin). All characters are aptly named according to the locations they’re headed for. Together, they road-trip through the country in search of refuge from a world of zombies.

The original Zombieland was a surprise success, easily earning $100 million worldwide from a $24 million budget, and surpassing 2004’s Dawn of the Dead as the top-grossing zombie film in the U.S. – before being beaten by 2013’s World War Z.  Now you can understand why a long-awaited sequel like the one we’re promised is welcomed by fans!

Zombieland 2.0 is currently filming down in Atlanta, and it’s been confirmed that director Ruben Fleischer and writers Paul Wernick and Rhett Reese – all natives of the original – will also be in tow. Deadline also reports that actress Rosario Dawson – of Daredevil and Luke Cage fame – will join the cast. What’s her role, you ask? We’ll be sure to let you know as soon as we do!