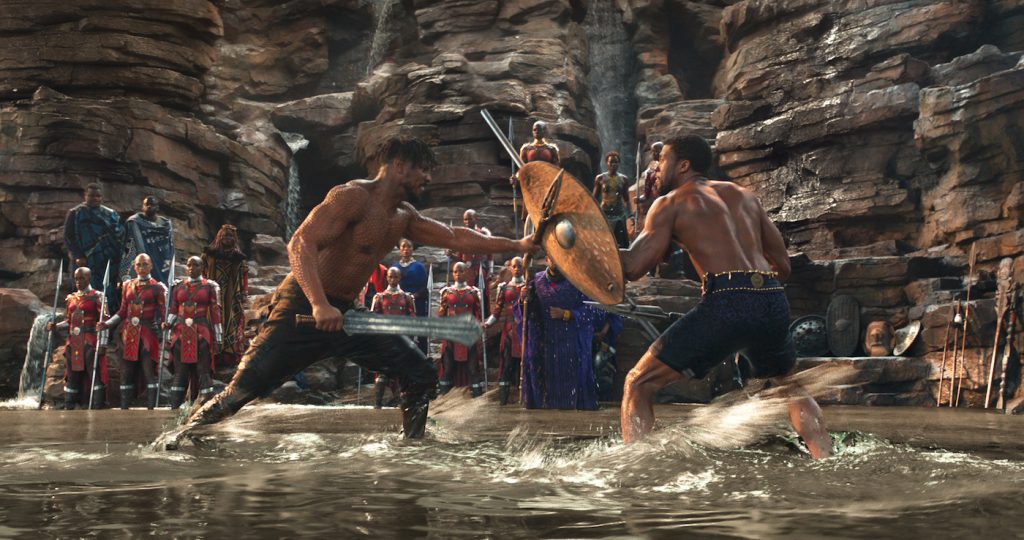 Simply put, there has never been another superhero movie like Black Panther. The cast, the crew, and the world co-writer/director Ryan Coogler helped bring together and build conquered the box office, but more importantly, created a vision of a more inclusive Hollywood that touched tens of millions of people worldwide. To pull off the technical marvel that is the fictional African nation of Wakanda, Coogler relied on his ace team (like costume designer Ruth E. Carter and production designer Hannah Beachler), as well as a trip to the African continent itself, to inspire a film that looks like no other superhero movie in history. Detailed research of various African tribes was set against the creation of a fictional nation that had never been conquered, one that enjoyed immense wealth and unparalleled technology. In a new video released by Marvel as a part of their ongoing Oscars push, Coogler, stars Chadwick Boseman and Angela Bassett, and the Black Panther crew talks about creating the world of Wakanda.

Black Panther is going to be a major player at the Oscars, where it should mop up more nominations than any superhero film in the past ten years, since Christopher Nolan’s The Dark Knight nabbed a historic eight noms, with a very good chance of breaking that record. Marvel is pulling out all the stops to make sure Black Panther receives the consideration it deserves, and a video like this is an excellent way to remind viewers and Oscar voters alike just how special it really was. The American Film Institute has already named it to top films of the year list, and shortly after that, it was nominated for a Golden Globe for best film (drama), best original score, and best original score.

The drumbeat has begun. Wakanda forever.