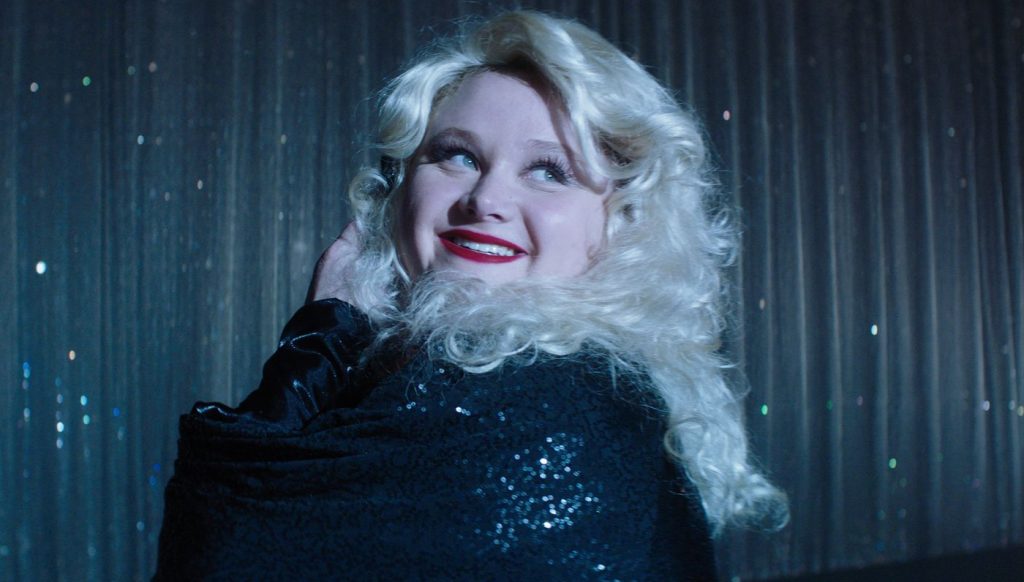 Director Anne Fletcher on Bringing Dumplin’ From Book to Screen

Shot outside of Atlanta over 30 days, with superstars Jennifer Aniston and Dolly Parton lending their respective acting and musical talents, director Anne Fletcher’s Dumplin’ mists your eyes and makes you laugh in equal, heartfelt measure. The independent movie, based on the YA novel of the same name, follows plus-size teenager Willowdean (Danielle Macdonald) as she signs up for her small Texas town’s beauty pageant, ostensibly to make a statement. What ensues is a life-changing experience for “Will” as well as many of her fellow contestants, not to mention her mom (Aniston), a former beauty queen managing the pageant. Mother and daughter also reconcile their bumpy past and come to terms with the loss of a beloved family member in the process.

Fletcher’s path to cinematic success has been anything but bumpy. She moved from her hometown of Detroit to Los Angeles after high school and quickly went on to become a professional dancer and choreographer. Performing at the 62nd Academy Awards, she met then fellow dancer and choreographer, and later director, Adam Shankman. The two became fast friends and professional peers, with Fletcher choreographing many of his films including Hairspray and The Wedding Planner. She racked up additional choreography credits in such hits as Boogie Nights and The 40-Year-Old Virgin before taking the helm for her directorial debut, Step Up, in 2006. She followed this with 27 Dresses, The Proposal, The Guilt Trip and Hot Pursuit. Her films have grossed nearly $700 million worldwide.

Dumplin’, now in theaters and also streaming on Netflix, is poised to increase that figure. The Credits recently spoke with Fletcher about finding the right actress to play Willowdean, hiring a pageant consultant to ensure authenticity, and getting Parton on board for the score. The following interview has been edited for length and clarity.

How did this project come your way and why did you want to direct it?

Well, [producer] Michael Costigan and Kristin Hahn — Kristin wrote and adapted it from the book by Julie Murphy — they came to my agent and sent me the script wanting me to direct it. And it takes me a long time to actually get to a script (laughs), so my agent hounded me and said they’re very serious about you directing this movie, please read it. I was in London, I brought the script with me, I said okay, great. I read half of it and ran to the computer as fast as I could to say I have to do this movie. I must, must do this movie, please tell them yes, we’ll set up a meeting. It was really about the relationships, friendships, mother-daughter, anyone who feels that they’re on the outside of the world. So many parts of the movie speak to just being who you are.

All the different themes that you brought up — being true to oneself, the mother-daughter relationship — one of the things that I loved about the relationship was that Jennifer Aniston’s character Rosie clearly loves her daughter and the weight is never a factor.

The script’s from Will’s point of view, so it’s her interpretation of what her mother thinks of her. Her mother never says you’re fat or I’m embarrassed. She never says these things, Will just assumes them, from a 17-year-old perspective. But at the end of the day, mom loves her. She just doesn’t know how to be a mom.

How did Danielle Macdonald come to get the part of Willowdean? Were you familiar with her beforehand?

Patti Cake$ had just come out at Sundance, and obviously in town you hear about all this stuff. So we had friends who were producing the movie and they showed it to us and we just knew, we had heard all this great stuff about her. We really wanted somebody who felt like Jennifer’s daughter and was uber talented. I mean you’re not looking for much, right? (laughs). And this girl just, I mean we watched Patti Cake$ on the screen and she was so unbelievable and captivating and beautiful, and so we loved her and I went and had a meeting with her and we sat down for a five-hour coffee. Not only is she talented, but she’s also just a beautiful person inside and out, so I was like yes, let’s do this. Like I’m so fortunate that I get Jennifer Aniston as the mom and Danielle to play Willowdean.

Speaking of Jennifer Aniston, this is an interesting role for her because it’s somewhat against type, right? She’s playing a mom. This was a nice departure.

I think so. I thought the role was just so, so perfect for her because she’s so beautiful. I mean she’s a beauty queen for so many of us. You literally can’t take your eyes off her ever, no matter if it’s a magazine or TV or in life, you just can’t. So she’s playing this flawed woman who we all are, struggling with all the interpretations of what society has put on us. And Jennifer and I would sit on the couch just sort of going through the character and, while we were both talking simultaneously, start crying because we loved this woman, because we understand her, and because in my opini,on she’s all of us on a heightened level. The role was so layered. It was so right for her and she worked her butt off and to me it shows so beautifully on the screen.

How faithful to the book is the film? The author Julie Murphy co-wrote the screenplay with Kristin, yes?

Kristin wrote it, but she would always touch base with Julie to keep her involved and approve. Julie was amazing to sort of let us go and we did. There are a whole bunch of storylines that we didn’t address in the movie that are in the book, for sure. When I came on board, I focused it even more on the heart and soul of the movie: Besides the Dolly Parton music, there’s [Rosie’s sister and Will’s aunt] Lucy and two people dealing with the loss of this woman and how it affects them, and how they’re having to come together and figure each other out without this anchor component of their lives, which was Lucy.

How did you get Dolly to re-record her songs and then write original ones for the film?

We first approached her about, you know, can we have some of your originals. She knew about the book, so she knew what we were looking for and how many songs. She was so on board, and just an amazing partner through this whole thing. And so as we’re talking to her, we’re like, gosh, it’d be great if you re-did one of your classics and maybe a contemporary, and maybe an original song. It was literally that route, because we didn’t want to take too much from her. We were like so grateful that she was even giving us all this great music. And then [singer-songwriter] Linda Perry came on board, and I think they inspired each other, and the next thing you know we have 16 songs.

How does your expertise in choreography inform your directing?

That’s a great question. I feel like maybe with staging and the physicality of human beings’ movements. I will physically be in a space and do everybody’s part, and if it doesn’t seem real to me, then it’s not real. I’ve worked it out by the time the actors get there. I think that that has a lot to do with it maybe, and also rhythm. You know, comedic timing and just timing in general. Everything to me is music, so I hear it rhythmically. I think that stems directly from my love of music and dancing.