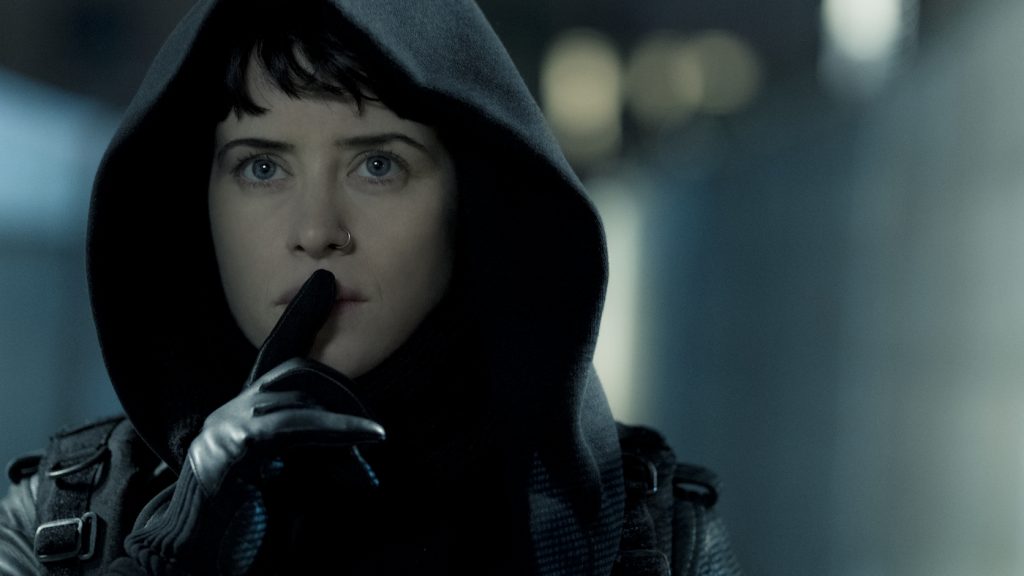 Later this fall, Stieg Larsson’s Lisbeth Salander, defender of women, computer hacker, and iconic pale Swede, returns to American cinema via Sony Pictures’ The Girl in the Spider’s Web. Claire Foy succeeds Rooney Mara and Noomi Rapace in the role, and Fede Alvarez replaces David Fincher in directing the sequel to the American adaptation of The Girl With the Dragon Tattoo. The story itself is the fourth in Larsson’s Millennium crime thriller series, with Hollywood forgoing the second and third books written by Larsson before his death in 2004 for the final installment, which was crafted by David Lagercrantz.

Fans of the series likely know all this, of course, even if broader audiences might not; what likely isn’t as obvious to American viewers overall is the heavy use of another stand-in: almost all of the Sweden-set story was shot in Germany. Klaus Groß Darrelmann, a locations manager whose credits include Red Sparrow, Ghost in the Shell, The Hunger Games: Mockingjay I and II, Bridge of Spies, and Inglorious Basterds, was tasked with finding dupes for Stockholm and the snowy Swedish countryside, with at least 30 locations eventually filmed in the Berlin-Brandenburg region, as well as many more around Hamburg, Thuringia, Saxony, and Bavaria.

Darrelmann, who received a Location Managers Guild Award in 2015 for his work on The Grand Budapest Hotel, is also likely the only doctor-turned-locations manager in either the EU or Hollywood. At least, he’s never met another one. We also spoke with Darrelmann about the numerous, surprising uses for open-cast mining pits, shooting in an art collector’s private bunker, and working with the city of Berlin.

Can you tell how you began your career? If the US needs location management in Germany, they call you.

Like any other locations manager, I started off with a career in medicine. I became a doctor in 1994. Halfway through my studies, though, I thought maybe that’s not what I want to do for the rest of my life. Back then, I didn’t know of anything better to do, so I finished my studies, became a doctor, and then moved on. A friend of mine, Markus Bench, a very well-known locations manager working for Studio Babelsberg in Germany as well, actually dragged me into the movie and location business, and that’s where I got hooked in 1999. He got me on a movie called Enemy at the Gates. That was quite a movie, and I was responsible for all the bits and pieces playing at the Russian river Volga, for which Markus found an open-cast mining pit. It was being refilled with water. Because of the nature of open-cast mining, you can’t regrow anything on the soil, and it looks very bleak. And that was exactly what they were looking for. It was already halfway filled with water, so that’s where they put the harbor of Stalingrad. I spent about a half year there, organizing all that, bringing ships there, organizing logistics, putting up 12 marquee tents, and thirty containers for offices. That was a blast. I had a good time.

Having now been in this business so long, was any place used in The Girl in the Spider’s Web new for you?

Again, we found an open-cast mine for slate that was closed a couple years ago, and this was the location we used for the mansion on top of the cliff. We were actually asked to find a mansion on the Swedish coastline, but we were meant to shoot the whole movie, for budgetary and artistic reasons, in Germany. So we were forced to find something that resembles the Swedish coast, which in most parts is pretty rocky, in Germany. And that’s quite a task because the German coastline doesn’t look anything like the Swedish coastline. At one point I thought, okay, if we can’t find it on a big scale, let’s look at a smaller scale, so why not use a lake and a cliff in a stone quarry? We sent out scouts, basically looking at all the stone quarries available in hitting distance, and they came up with this beautiful disused slate quarry. It was exactly what we were looking for because they had a museum on the edge of the cliff that was a building built in a typical slate [look]. It was exactly what we were looking for, with a steep cliff behind it and a lake underneath. I’d never been to that location before, so that was a first for me as well. It was way off the beaten track, so nobody really went there.

Can you tell me about the Berlin locations? Just in the trailer, the club Tresor, the former Cold War NSA station Teufelsberg, and the private apartment atop the Sammlung Boros bunker all appear.

Correct, correct. That last, the Boros, was very difficult. Tresor has been shot before and same with the Teufelsberg, although it’s a very nice, unique location, perfectly suited for our heroine in the movie. The difficult one was obviously the Boros apartment, which is actually a penthouse built on top of the bunker, and it hadn’t been used in a movie before. I was very pessimistic about getting permission because very many requests before have been turned down. Nonetheless, I wrote a very long, honest letter and Mr. Boros came back and said yeah, why not—but you can’t shoot two days, you have to shoot in one day. So we made it work in one day, and it was probably worth it, because it’s an incredible and unique place, although the logistics were very challenging.

My key assistant location manager, Steve, and I spent literally 20 hours in a row making sure that nothing went wrong on this location. The owner is a collector of contemporary art and there was so much artwork in there, it was quite scary, imagining a film crew coming in and messing things up. So that’s why we always had our foot in the door, supervising everything.

How much did you change or move around in the penthouse?

For legal and insurance reasons we had to exchange a lot of the artwork. Once we did that, we kept most of the furniture—I think we brought in a sofa—and we used it mostly as is. We couldn’t be in there forever. There was a very small window of time for prepping and shooting, so we didn’t go overboard with changing too much.

How is working with the city of Berlin when it comes to filming throughout the city?

In general, they’re very receptive. It has become a lot harder, though, because Berlin is so popular, for big corporations, for tourists, for people from all over the world. The city is also constantly growing with people moving to Berlin. So traffic has gone up a lot in the past [few years]. That obviously makes it harder to block roads, to get all the parking spaces you usually require for a shoot, but for most of the stuff, there’s a way around it. Either you offer the neighbors’ replacement parking spots or you have to find a place where you can put your stuff. You have to put a little more effort into it than you used to, but in general, there’s still a lot that’s possible in Berlin. But for sure, it’s become way more difficult to move around the city with a big film crew.

But not all city scenes in this film were shot in Berlin, of course.

We were more or less focused on Berlin, but we were shooting in Hamburg as well. We had a part in Hamburg where all that business happened with the raising bridge. Hamburg being at the sea, it has the biggest harbor in Germany. Being close to the water is always the best resemblance to Stockholm. You can more easily get away with it.

Are there any locations in The Girl in the Spider’s Web audiences might know from your other work?

I know that the Tresor club has been used in Unknown White Male, but that was a couple of years ago. The airport in Leipzig was also used in Unknown White Male, Flight Plan, and the recent Captain America movie, but I didn’t do that one. It’s ideal for filming because it was built under the impression that they would have a lot of passengers traveling through it, and it turned out they overestimated the need for passenger airplanes landing in Leipzig. So they now use 80 to 90% of it as a cargo airport, and all the beautiful and shiny airport installations are fairly easy to control, as compared to other airports. You can do a lot there without interfering with the passenger traffic too much.

TAGSInterviews Location Scout The Girl in the Spider's Web