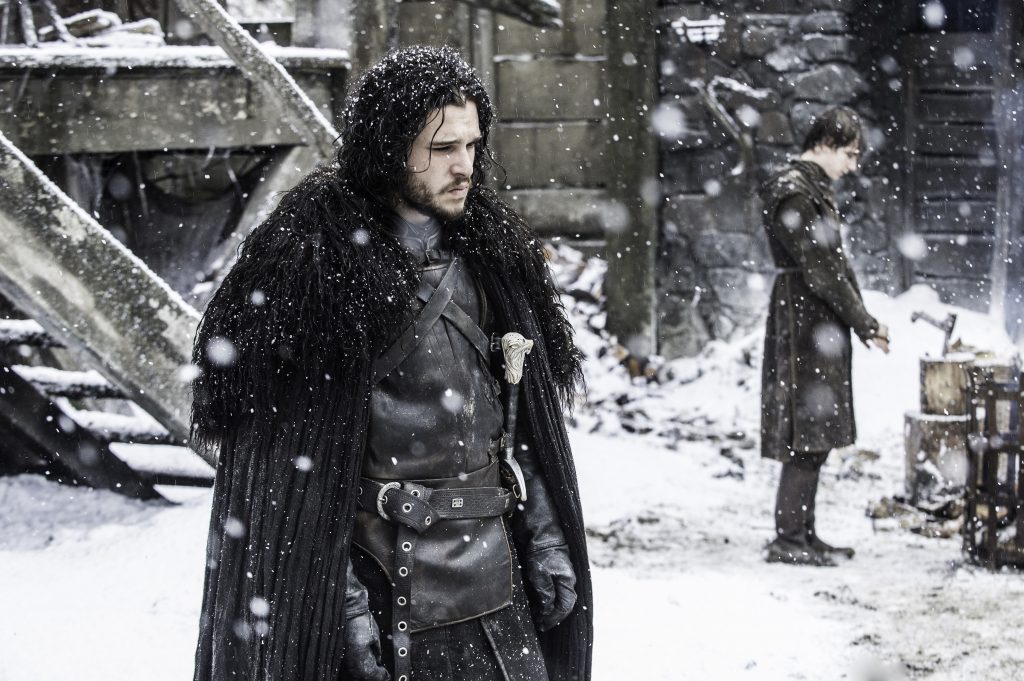 The Game of Thrones Cast Filmed a Reunion in Belfast

Game of Thrones has seen a lot of characters come and go. (Season 1 spoilers) We were sad to see Ned Stark (Sean Bean) and Khal Drogo (Jason Momoa) bite the dust. However, all of our favorites are gone, but not forgotten. The final season is upon us this April, but the band all got back together. EW shared that a reunion special was filmed showing the, surely, emotional time that the cast all got back together. Even those long ago killed off.

The affair must have been lighter than the actual show that brought them all together. Comedian Conan O’Brien reportedly hosted the special, who will surely have all the Westeros jokes you could ever dream of. The reunion was filmed in Belfast, so we’ll all get to travel back to the place where it all went down. Sophie Turner said at NYCC earlier this year that is was difficult to say goodbye to Belfast.

“It was very emotional,” Turner said of leaving the Game of Thrones set. “I was lucky that my last day was surrounded by all of the cast members. We had been shooting the same scene for five days straight. Whenever someone wraps, they bring out a storyboard of your favorite scene of your character and I bawled my eyes out and couldn’t stop shaking and crying for hours. It’s been nearly a decade for me. The majority of my life. I’m still very much processing it. I still don’t accept that it’s done. I don’t think I will until it’s next year and I’m not back in Belfast with my family.”

We mentioned Bean and Momoa earlier not only because their deaths were so long ago that if you didn’t know they were gone probably wouldn’t care about any of this. Also, they are the only former cast members that confirmed for the reunion. Hopefully, some other favorites show up, but I would definitely watch a full hour of Bean and Momoa ribbing each other if that’s what it came down to.

The Game of Thrones reunion will not be seen by fans until the entire show ends, so it will be even more cathartic. The special won’t air on TV but will instead be included in the complete series box set in 2019.

Game of Thrones returns for the eighth and final season in April.