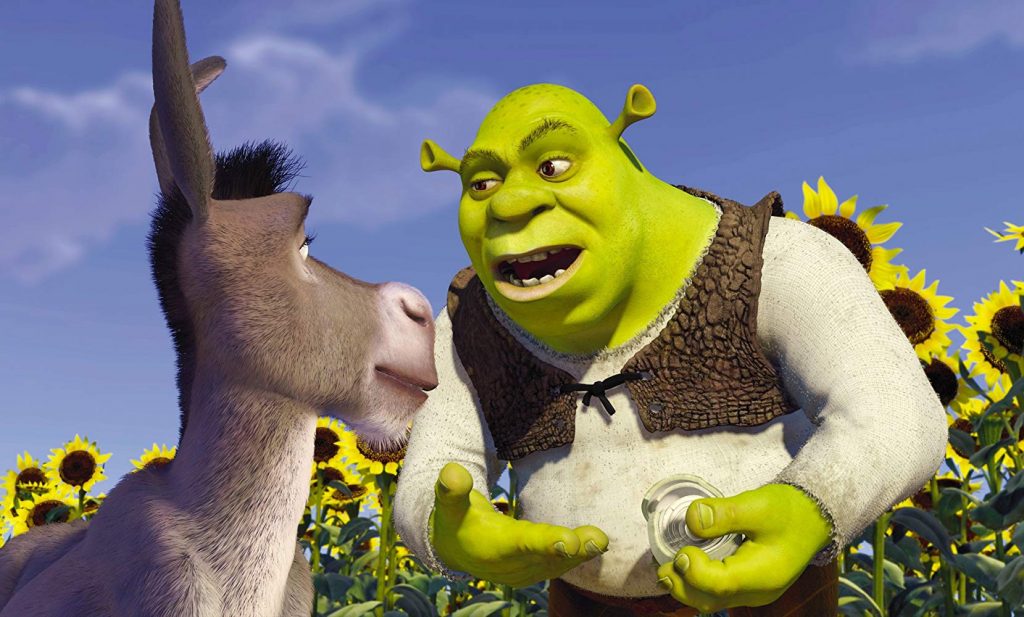 Modern Classic Shrek to Return to the Screen

And in the morning, I’m making a reboot! Ok, I’m not. Illumination animation is. If you didn’t pick up on my terrible and tacky reference, I’m alluding to Donkey’s infamous line in modern classic Shrek. The reluctant folk hero of the world’s fairytale creatures may be heading back to the swamp. Seriously, though. Did Heidi Klum already know?

Variety reports that Illumination Entertainment is working on a new Shrek film. Universal Pictures’ parent company, Comcast, acquired Shrek creators Dreamworks in 2016. They are passing the magic wand off to Despicable Me producer, Chris Melendandri.

Shrek Forever After marked the most recent release from the franchise in 2010. There were four full feature films and two holiday features including 2007’s Shrek the Halls and Scared Shrekless in 2010. The original cast, including Mike Myers, Eddie Murphy, and Cameron Diaz, voiced all of the above. It’s rather amazing to have big name talent follow a franchise for nearly a decade. Meledandri said he feels like most of the fans who cannot imagine anyone else voicing our favorite fractured fairytale characters.

“When you look back on those vocal performances they’re awesome, and while you certainly could make a case for a complete reinvention, I find myself responding to my own nostalgic feelings of wanting to go back to those characterizations,” Meledandri said. “The challenge for us has been to find something that really does feel like it’s not simply yet another film in a series of sequels.”

The company is also eyeing a new future for breakout star Puss in Boots. The adorable, yet fierce, dueling feline became an instant fan favorite. The Antonio Banderas character landed a feature film of its own in 2011.

Meledandri is reportedly scoping out ideas at the moment. We’ve already covered the Three Blind Mice, the Gingerbread Man, Pinocchio, and held a princess Bachelor contest. He will have to dig deep into the Hans Christian Andersen and Brothers Grimm for some new material.

Next on Illumination’s docket is Dr. Seuss classic, The Grinch opening Friday.