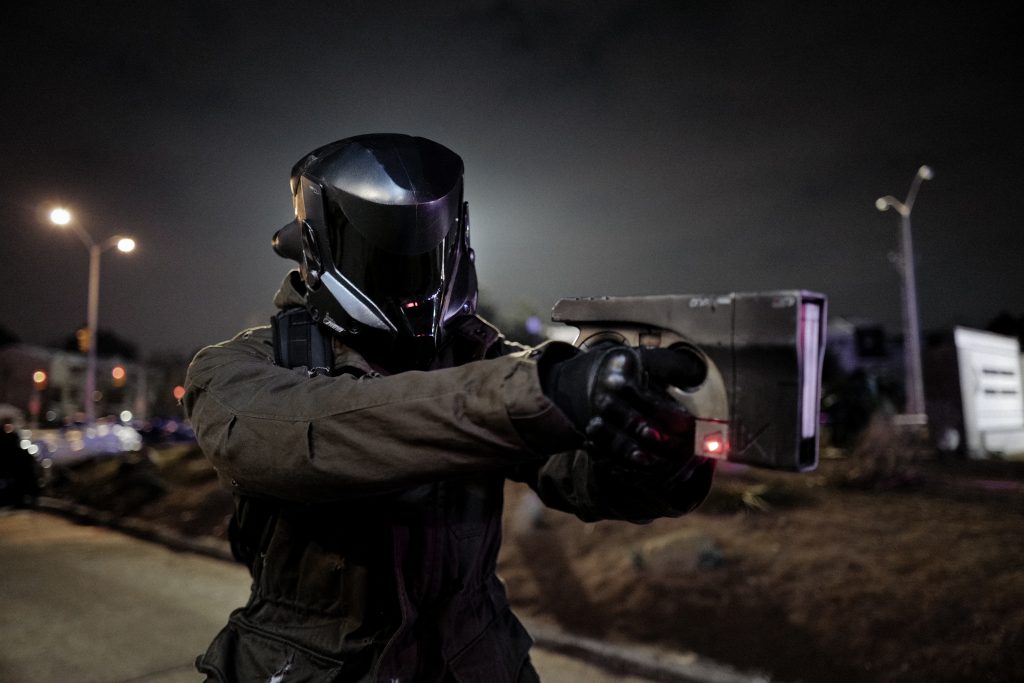 How Kin Kept Michael B. Jordan’s Role a Secret

Spoilers. We all hate them. We hope that whatever we are investing our time in is a cool idea that will surprise us. It is harder these days for filmmakers to be stealthy, however. Camera phones and social media keep constant tabs on today’s celebrities. Even the fairly innocuous IMDb can reveal a surprise appearance by a big-name actor. That’s why the surprise, relatively minor, cameos in Marvel films can be fun. However, one of the biggest stars on the planet slipped into a sci-fi film this summer and no one noticed. In fact, his role was the actual twist of the entire plot.

Released this summer, Kin starred Dennis Quaid, Zoe Kravitz, James Franco, Carrie Coon, Jack Reynor, and Myles Truitt. The story followed adopted brothers battling “Cleaners,” but their true nature was kept hidden for most of the film. The mystery ensues as to just what could be under the Cleaners’ helmets. When the big reveal finally came, turns out it was Michael B. Jordan all along.

The Creed II star was on fire this year. Jordan starred in HBO’s Fahrenheit 451 and battled T’Challa (Chadwick Boseman) for Wakanda in Black Panther. Touting Jordan’s role in the film could have boosted the film’s fanbase. However, the major twist would have been a lot more obvious. If you’re waiting for Jordan to appear the entire film, it eventually becomes apparent there are only a few characters in masks the entire time.

Jordan’s character did actually appear in the trailers, but his identity wasn’t apparent. It is rather remarkable that he was hiding in plain sight the entire time.

Cinemablend shared an exclusive clip of the Kin directors Jonathan and Josh Baker about their decision to keep the film’s secret and just how they pulled it off. “The experience for an audience to watch this film is more important to us as filmmakers than any kind of commercial decision,” they explained. That’s a real sacrifice when name recognition goes a long way to recruit viewers. Ultimately, it is a gift to the viewers who went in fresh and walked away with a major surprise.

Kin is available on digital HD today and will be out on Blu-Ray and DVD November 20.