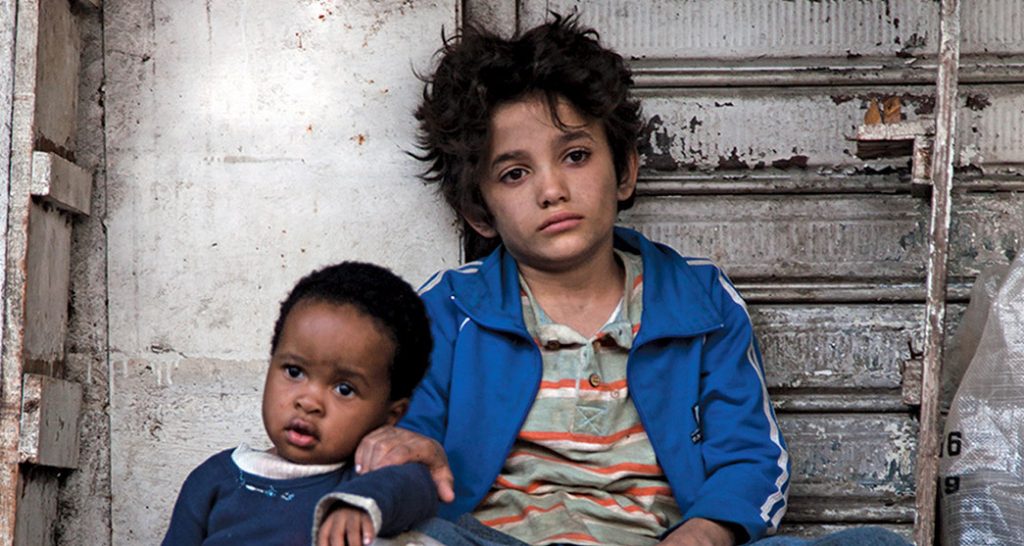 Nadine Labaki’s Capernaum earned a 15-minute standing ovation at this years’ Cannes Film Festival, where it earned the Jury Prize. The potent family drama is a frontrunner for an Oscar nomination for Best Foreign Language Film, and now, Sony Pictures Classics has released the first trailer.

Set in Beirut, Capernaum revolves around the story of 12-year old Zain (Zain al Rafeea), a Lebanese boy who takes the remarkable step of suing his parents for the ‘crime’ of giving him life. Zain flees his parents and lives mostly on the streets, where he begins to look after an Ethiopian refugee named Rahil (Yordanos Shiferaw) and her baby son, Yonas (Boluwatife Treasure Bankole), before getting thrown in jail, and, finally, seeking justice in the courts.

Like Alfonso Cuaron’s Roma, which saw the non-actor Yalitza Aparicio deliver a powerful performance in his passionate realist period piece, Labaki used first-time actors who lives weren’t all that different from their characters. She even adapted her script to closer align with their specific gifts and personalities. Labaki also appears in the film, which is her third feature. Capernaum has earned plaudits from critics who saw it on the festival circuit, with many pointing out that the director had taken a major step forward with one of the more compelling, gut-wrenching films of the year. “Proving herself an astonishingly accomplished director of non-professional performers as well as a measured storyteller, Labaki draws attention to the plight of children in Beirut’s slums and the Kafka-esque bind of people without ID cards. While this is unquestionably an issue film, it tackles its subject with intelligence and heart,” writes Variety‘s Jay Weissberg.

Capernaum will hit theaters on December 14. Check out the trailer below.