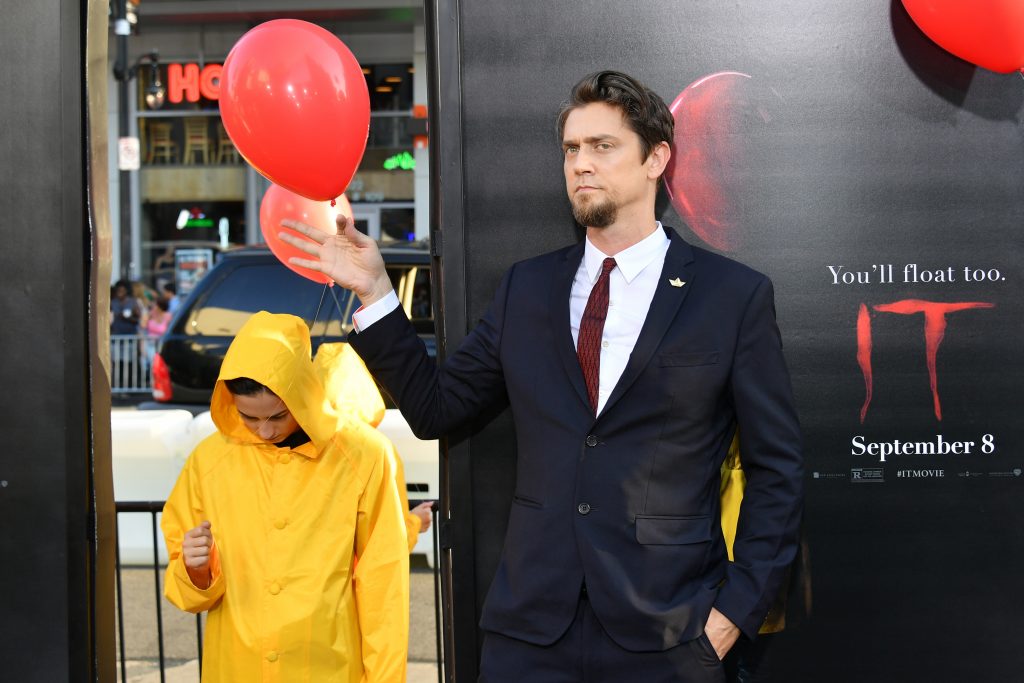 Andy Muschietti Says IT 2 Is In the Can

Did you feel a chill in the wind on Halloween? That was Pennywise inching nearer to take his revenge. The cast and crew of IT 2 had a lot to celebrate on All Hallow’s Eve. Filming officially wrapped, which begins the countdown to getting our first look at the much-anticipated sequel.

Next September, the evil entity that stalks Derry, Maine will return. Director Andy Muschietti celebrated the end of shoots with a word of ‘thanks’ on Instagram. If the clapboard he holds is any indication, the working title for filming was ‘Largo,’ which appropriately means ‘long’ in Spanish. Production was 86 days long, in fact. Nearly three months is an epic shooting schedule for a horror film. Despite the marathon schedule, Muschietti said this was the most fun he has had making a movie. I suspect it might be among the most fun we have watching on when it opens.

IT chapter 2 was an 86-day roller coaster ride. Never had so much fun making movies as this one . I had a relentless and inspired crew who believed in this adventure as much as i did and a cast that put their heart and soul behind every second of performance. A huge thank you to all of them and also to my producer and sister @barbaramus who dealt with all the shit that a production like this has reserved for producers. And last but not least , the fans who day by day boosted our spirits by reminding us how much this story means to them. Thank you and Love to you all ???????❤ /// la filmacion de IT 2 fue una paliza de 86 dias pero nunca me divertí tanto haciendo una peli . Gracias al incansable equipo y al elenco por creer en la visión y ponerle el alma y el corazón a cada dia de rodaje. Gracias a mi hermana @barbaramus por el trabajo inmenso que conlleva producir una peli como esta ; y por ultimo a los fans que vienen bancando con tanta pasión esta segunda parte. Gracias a todos y prepárense para flotar de nuevo ???????❤ #itchapter2

Star Bill Hader told IndieWire yesterday that the movie is very scary as expected, but also surprisingly emotional. Just shy of two years from the release of the horror hit of 2017, the closing chapter will reveal the Losers’ Club final stand against Pennywise. The story will wind the clock forward 30 years to find his victims as adults. As Laurie Strode discovered in the 40th anniversary Halloween sequel, time does not heal all wounds. Although we won’t have to actually wait 30 years in real life, the characters will have been dealing with the effects of their childhood nightmares for decades.

IW Performance Award Winner Bill Hader talk about #ITChapter2 at IndieWire Honors: “I was surprised at how emotional it was” https://t.co/WOelVgS4bz #IWHonors pic.twitter.com/g2fvfwYRXu

Muschietti will move into post-production next, but he has other productions on the horizon to clear his schedule for. Deadline reported yesterday that Muschietti will direct a new adaptation of H.G. Wells’ The Time Machine. The sci-fi classic was made into films in 1960 and 2002, but it is a complex story with many layers to explore. If IT is any indication, Muschietti has a good grasp for translating literary classics to the screen.

We will have a lot more coverage of IT 2 before it opens in theaters September 6.