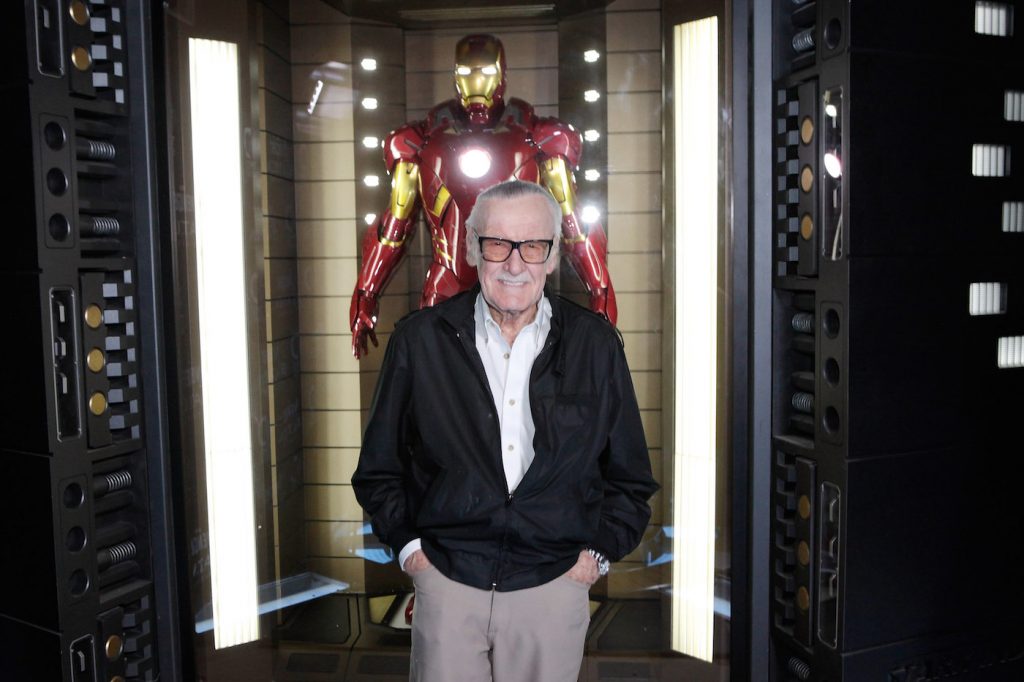 A Round-Up of Some of the Wonderful Stan Lee Tributes

The world mourns the passing of the great Stan Lee. It would be hard to overstate the impact this gentle giant has had on pop culture. Since he first put pen to paper, alongside ace collaborators at Marvel like Jack Kirby and Steve Ditko, Lee created many of the superheroes that now dominate the film world. The Avengers, Spider-Man, Thor, Iron Man, the X-Men, Black Panther, Doctor Strange, the Hulk, Fantastic Four, Daredevil and Ant-Man (to name a few of the most iconic). Lee was the man who pioneered the approach of giving his superheroes, despite often having supernatural powers, human dimensions, human failures, and human desires. Few people could claim to have helped create so many of today’s most marquee characters—one could argue the entire Marvel Cinematic Universe belongs, in large part, to the febrile imagination and warmth of spirit of Stan Lee.

The outpouring of grief and gratitude since he passed away this past Monday at the age of 95 has been lovely to read and to see. The memories that folks have shared prove that it wasn’t only his talent and importance to our modern era of superhero franchises that touched people, but who he was as a person. Leading lights in the film world like Ava DuVernay and colleagues like Thor himself, Chris Hemsworth, took to Twitter to share their love. Studios like Marvel and Sony, who have taken his creations and turned them into massively successful franchises, created touching video tributes. Here, then, is but a brief glimpse of that outpouring. Excelsior, Mr. Lee:

I’ll miss our kisses. Thanks for always being so encouraging. The ultimate gentleman. Until again, kind sir… pic.twitter.com/JTEEb07pZd

Saddened to learn about the passing of Stan Lee. From watching Marvel films with friends in college to having the privilege to take on one of his characters in @BlackPanther, Stan’s creative genius sparked my imagination & left me in awe. His legacy will carry on. #StanLeeForever pic.twitter.com/z6FEnv6tLv

Marvel and The Walt Disney Company salute the life and career of Stan Lee and offer our undying gratitude for his unmatchable accomplishments within our halls. Every time you open a Marvel comic, Stan will be there. Please join us in remembering Stan “The Man” Lee. pic.twitter.com/nLebIgiK6o

There’s loads of Stan Lee cameos yet to be seen https://t.co/bKj4GGNUwk pic.twitter.com/nh2zrk62Lo

RIP my friend. Thank you for the incredible adventures your stories took all of us on. My love and support goes out to all your friends and family #stanlee #legend pic.twitter.com/pTGY8Ffieg

Thanks for everything Stan Lee! What a life, so well lived. I consider myself extraordinarily lucky to have gotten to meet you and to have played in the world you created.
?♥ pic.twitter.com/ryUjG7PL8D

We’ve lost a creative genius. Stan Lee was a pioneering force in the superhero universe. I’m proud to have been a small part of his legacy and …. to have helped bring one of his characters to life. #StanLee #Wolverine pic.twitter.com/iOdefi7iYz

Sebastian Stan remembers Stan Lee: “I wouldn’t be here right now if it wasn’t for him.” https://t.co/7Y5OYIcKqr pic.twitter.com/h1NzIrg7Kx