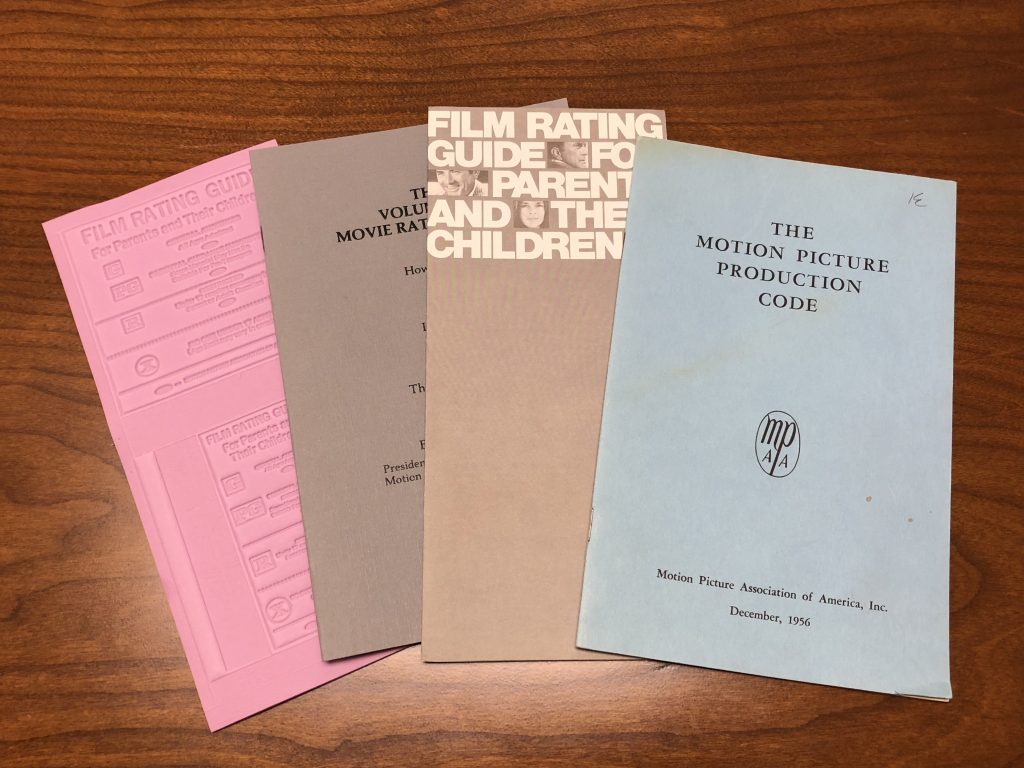 A Brief History of Rating Movies for 50 Years

We talk about a lot of different movies we love on The Credits. Whether it is an action blockbuster like Avengers: Infinity War, award-winning horror like Get Out, or a genre-bending fantasy like The Shape of Water, they all have one thing in common. Ok, several things like the passion and talent of an immensely dedicated group of people that are featured on our profiles every week. But beyond that, nearly every movie that hits theaters each year is rated by the MPAA. Today, the movie rating system you know, but may not know much about, is turning 50.

Audiences have grown accustomed to seeing the G, PG, PG-13, R, and even NC-17 ratings. Pick up a classic like Some Like it Hot, though, and it is likely to be labeled as “Unrated.” Some of our favorite films like The Wizard of Oz are more than 50 years old, of course, but they were subject to censorship under the “Motion Picture Production Code.” The Code prohibited kissing for more than three seconds, “toilet gags,” and terribly offensive language like “f****.” (Just kidding. The word is “fanny.”) You get the picture.

I sat down with the MPAA ratings chair Joan Graves to get a 30-second history on what the world was like before ratings. The system was rolled out November 1, 1968 by then MPAA chairman Jack Valenti. The ratings support artistic freedom for filmmakers and help parents decide what movies they want their kids seeing.

In 1984 people began to notice something was missing. G, PG, R, and X were the only ratings available. Those letters did the job until someone’s beating heart got ripped out of their chest. That creepy scene from Indiana Jones and the Temple of Doom called attention to the need for a middle ground and the PG-13 rating was born. Surprised that 1975’s Jaws that scared you out of the ocean is rated PG? That might have been different a decade later.

After 50 years, 95% of parents still say the ratings are useful. So, who rates the movies? Because it’s a tool for parents to use, fellow parents do. Eight to thirteen people at any time watch the film and discuss and debate the final rating. Over the last 50 years, raters have watched nearly 30,000 movies in their entirety.

Joan has seen a lot of movies over her career, and also some interesting trends. She shared with me some of the wildest ones.

For more about the history, evolution, and film rating process, view the new report “G” is for Golden: The MPAA Film Ratings at 50.