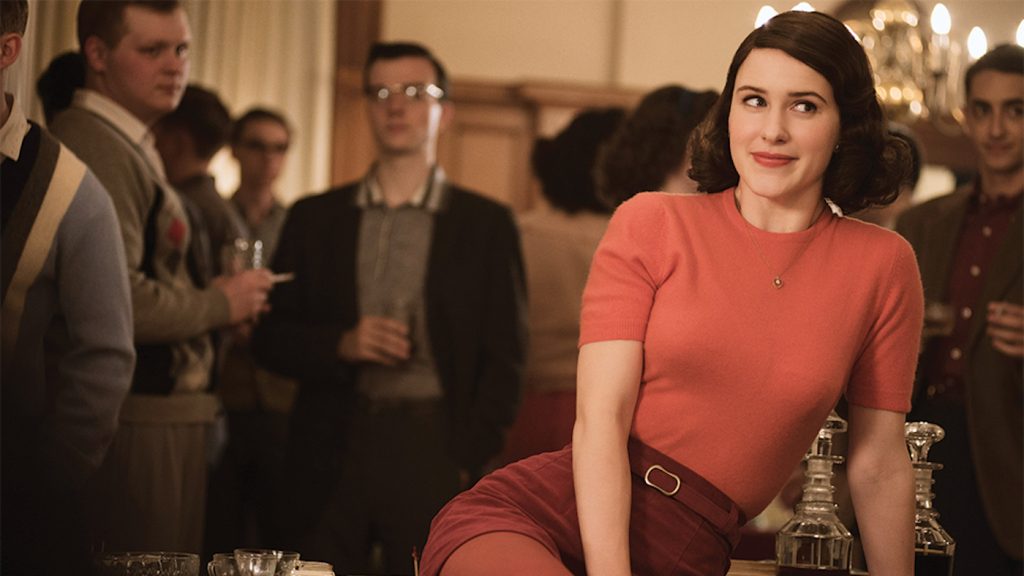 Midge Has Big Goals for Her Career in The Marvelous Mrs. Maisel Season 2

Praise be to the comedy gods. The Marvelous Mrs. Maisel is just weeks away from returning. A lot has happened to Midge since we saw her last, which she will probably catch us up on through her standup routine. A new trailer for season 2 reveals that a year has passed since Midge first walked out on her cheating husband and onto the stage. She took some big risks with even bigger repercussions that will hopefully be addressed when the Emmy winning show returns.

At the close of season 1, Midge (Rachel Brosnahan) was in professional and personal turmoil. Rather than feeling sorry for herself, she used it as fuel for her comedy act. Using earnest and personal material, Midge took a very public stance against fictionalized personas like Sophie Lennon (Jane Lynch). Although her criticism was honest, it didn’t earn her any friends in the business. Her own honesty also worked to alienate her estranged husband Joel, but is that really a loss? Michael Zegen was incredible in the role, but Joel is a louse. His fragile ego was pathetic and Midge is so much better off without him. Can we say a final goodbye this time around?

What I’m hoping to see this season is more of Lenny Bruce (Luke Kirby). I was so engrossed every time he was on screen, but we never got a satisfying look at who he is. Right, he’s a successful comedian who seems to keep crossing paths with Midge and gets her out of a few scrapes. Yet, on his own merit, there seems a lot more to dive into there. Midge is destined to be a star and I don’t see her being a double act – the party circuit was so beneath her. However, I would love to see him give Midge and Susie (Alex Borstein) a boost. Being a man in comedy, he probably has more keys to open more doors than they do.

Speaking of men in comedy, Midge will apparently address that in her routine. “Men in general run around telling everyone only men are funny. Comedy is fueled by disappointment and humiliation. Now, who the hell does that describe more than women?” A male emcee also refers to Midge as a ‘girl comic’ along with a derogatory comment. A year is not long enough to end misogyny, it seems. Or a half century.