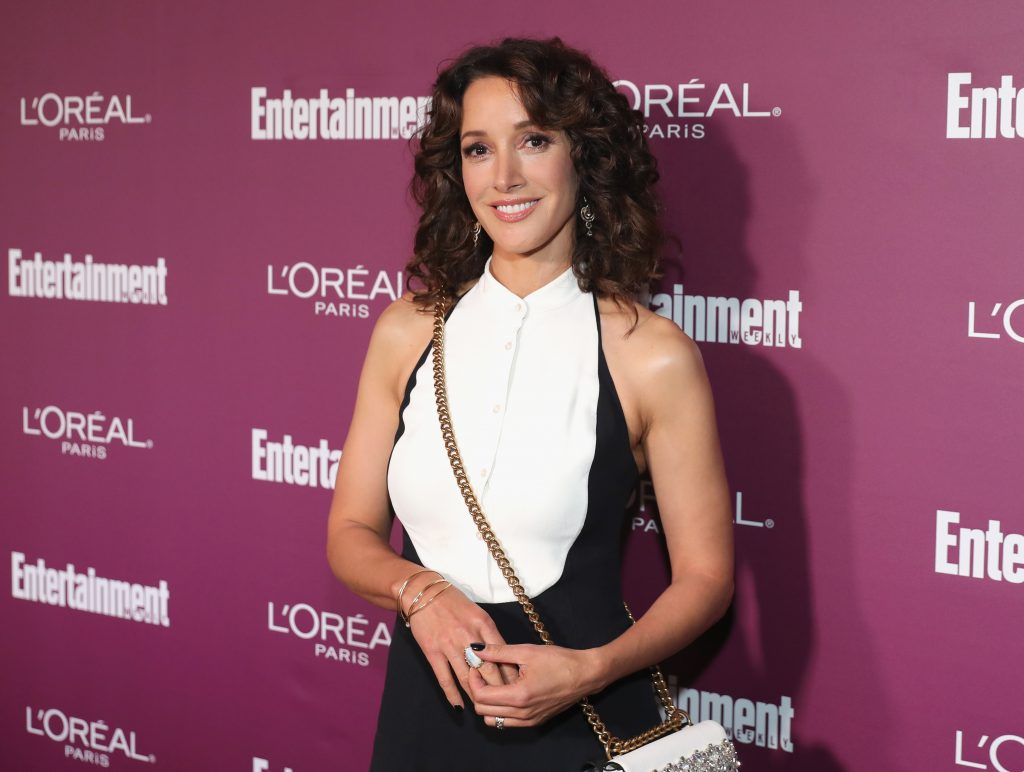 The Swamp Thing better watch its slimy back. There’s a badass sheriff in town looking to take down anyone who threatens the peace. DC announced that Jennifer Beals has joined Swamp Thing as Sheriff Lucilia Cable and she joins a cast of strong female leads.

Crystal Reed and Maria Sten have already been cast on the series. The watery monster has not yet been announced, suggesting an emphasis on the strong women in the town. Reed stars as Abby Arcane who begins investigating strange occurrences associated with a local Louisiana swamp. She, of course, comes across an explanation stranger than she could ever imagine.

Sheriff Lucilia Cable will stop at nothing to protect the people she loves and the town of Marais. @jenniferbeals joins the cast of #DCUSwampThing! https://t.co/DaPCLmuD83 pic.twitter.com/4u1Lz6pRd5

Sheriff Cable does not appear in the comics, so her character is a wild card. DC Comics describes her as, “Tough as nails and pragmatic, Sheriff Lucilia Cable’s fierce devotion to her son, Matt, is rivaled only by her sworn duty to serve and protect the town of Marais. As the community she has dedicated her life to defending is beset by strange forces, Lucilia must double down in her efforts to safeguard everyone she holds dear.” Beals has had a rock-solid career since her dazzling breakout in Flashdance. She has recently been a mainstay on NBC starring in Taken and The Night Shift.

Swamp Thing has had several screen adaptations in the past, with Wes Craven’s 1982 film being the most serious take. The human/plant hybrid creature first appeared in House of Secrets #92 in July 1971 but quickly spun off into its own series by creator Len Wein in 1972. The character has often had a retro vibe with notes of the 1954 Creature from the Black Lagoon. Swamp Thing follows the success of Guillermo del Toro’s The Shape of Water featuring another aquatic antihero. The success of the series may reveal if audiences want more heroes who hail from beneath the waves.

DC Universe will be premiering the creature feature series on their upcoming digital service next year and appear to be updating the character for a modern adult audience. Atomic Monster owned by horror movie master James Wan, who directed the upcoming Aquaman, is producing the show. The Conjuring director has eyed other monster remakes in the past having locked down the rights to Arachnaphobia earlier this year. Writers Mark Verheiden (Ash vs Evil Dead, Daredevil) and Gary Dauberman (It, The Nun) have been linked to development on Swamp Thing, which alludes to a dark horror-esque take. Maybe this time the green guy will get the glory he deserves.