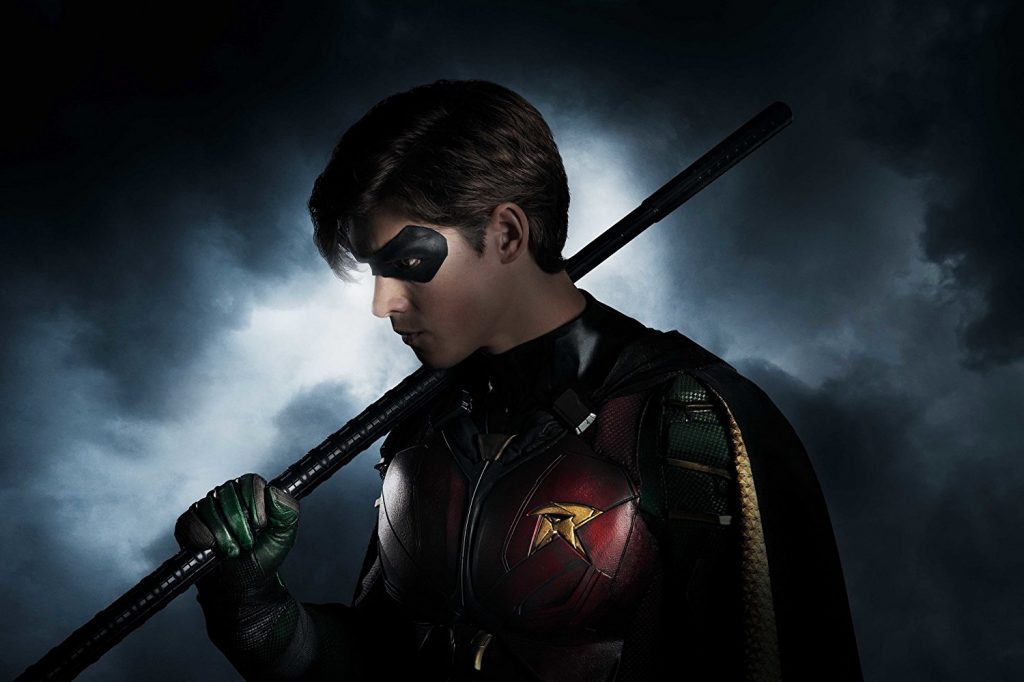 For all the parents out there, this is very important: these aren’t those Teen Titans. DC has never been afraid of the dark with any of its content, but with Titans, it looks like they’ve outdone themselves. Today, DC released the first trailer for its new live-action series, Titans, which will premiere on its new streaming service, DC Universe.

The brutal, visceral imagery on display here is unlike anything we’ve seen in a comic book television series. From Robin (Brenton Thwaites) killing a bunch of bad dudes (insulting Batman in the process) to Anna Diop’s striking look as Starfire, the trailer suggests that we may have the next great comic book series on our hands.

The trailer features Robin and Raven (Teagan Croft) as Raven tries to cope with the darkness growing inside of her. Robin becomes her mentor as she explores the powers she now possesses. In this mature version of the Teen Titans, DC is taking a body-horror approach to the character of Raven, similar to what Fox is doing with its upcoming X-Men film, The New Mutants. It’s an interesting way to explore the fear a young person would have if they discovered these powers inside of them. Thwaites steals the show as Robin, though. From his intensity in battle,  his depth when discussing his past, and tenderness when he’s with Raven, he embodies everything the character Robin is supposed to be. I can’t wait to see how he grows into the role, and how the character grows within the series (Nightwing, anyone?).

Titans is one of the headliners for the start of DC Universe, the paid streaming service that gives customers access to comic books, television shows, and movies featuring their favorite characters from DC Comics, along with an online forum and store. Live action shows Titans, Doom Patrol, and Swamp Thing, along with animated shows Young Justice: Outsiders and Harley Quinn, will all be original programming exclusive to the service. If the trailer for Titans is any indication, expect even more exciting content to be developed under the DC umbrella.

Titans will be available later this year, when DC Universe officially launches.