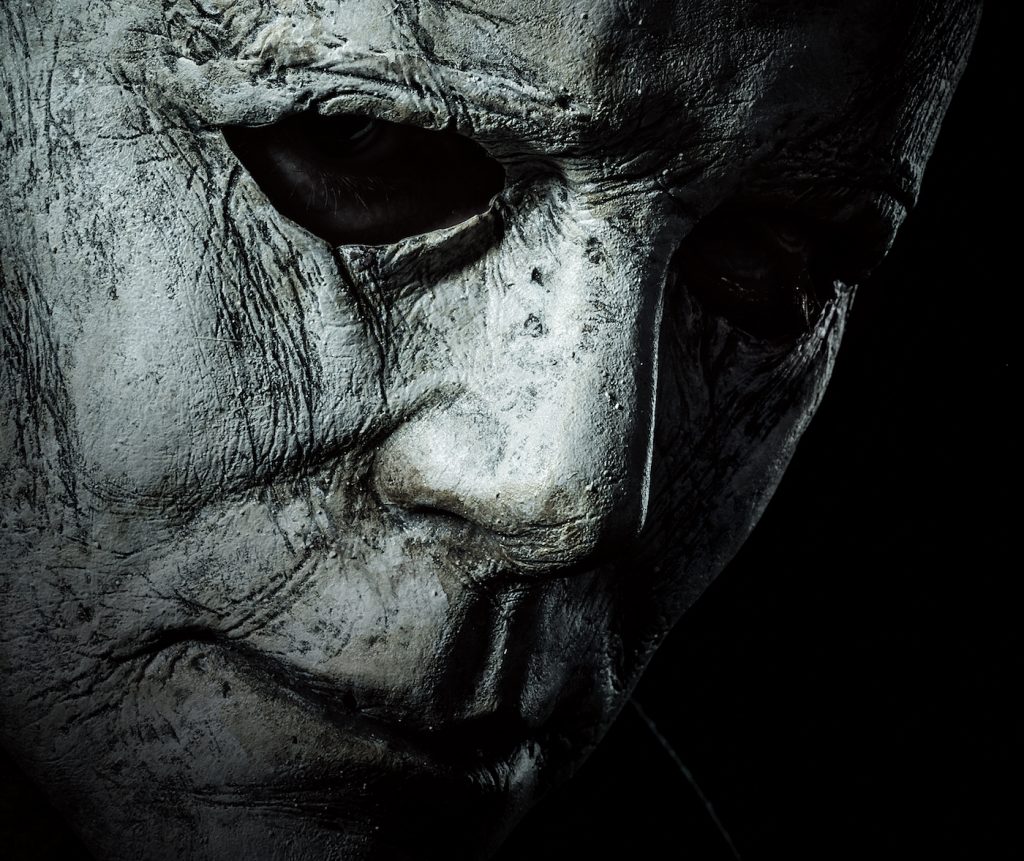 As we busy ourselves preparing our costumes for Halloween this year, there is one mask that embodies the holiday unlike any other. Michael Myers’ haunting gaze is timeless and can strike chilling fear in all who see it. That empty white stare was immediately iconic with the release of John Carpenter’s 1978 masterpiece. There is so much about the new Halloween that gets this story right, but that mask is perhaps the most satisfying. In fact, when it was revealed we got our first indication of just how good this film would be. The new filmmakers share their love and respect for Michael’s mask in a new featurette that explains how they captured the look 40 years later.

Being a monster movie, character design is essential. There are extreme pressures to revisiting a beloved character that will satisfy modern audiences and lifetime fans. If the monster isn’t scary, the story loses all credibility. After seeing the new film and as a Halloween devotee, I cannot imagine a design that could carry more weight or be more engrossing. Every element that makes Michael who he is has been preserved. Michael is the soul of Halloween and his legacy lives on with dignity.

Perhaps no one can more aptly explain the terror that resonates from Michael’s mask than executive producer John Carpenter. “Michael Myers with his mask and his gas station attendant’s uniform is between a human being and the supernatural,” Carpenter said. Believe in him or not, the boogeyman is real in Haddonfield, Illinois. Credited only as ‘The Shape,’ Michael’s identity is known to most of his victims, but that mask is an impenetrable barrier between his actions and ideas.

That ability to move swiftly, deftly, but never quickly is so unsettling. His calm demeanor while defiling his victims, like ripping out their teeth, is even more disturbing than wild rage. “There’s something scary about committing those kinds of violent acts with no emotion at all and that’s what that mask does,” said co-writer and executive producer Danny McBride.

Director David Gordon Green recognized that the mask is so essential an ingredient to the terror of Halloween that he ordered the mask to be recreated. FX makeup designer Christopher Nelson perfectly captures the weathered face and sunken hollow in the updated mask. The design team added cracks and aging but maintained the sad and sallow features that make Michael so tragic.

This particular featurette focuses on Michael’s mask, but every part of the new Halloween is lovingly executed. There are incredible callbacks, a fresh direction for Laurie (Jamie Lee Curtis) and her family, and some really gruesome kills. Even the opening credits are truly brilliant. This film is going to dominate the box office from Friday’s release to Halloween. The sooner you can see it, the better.