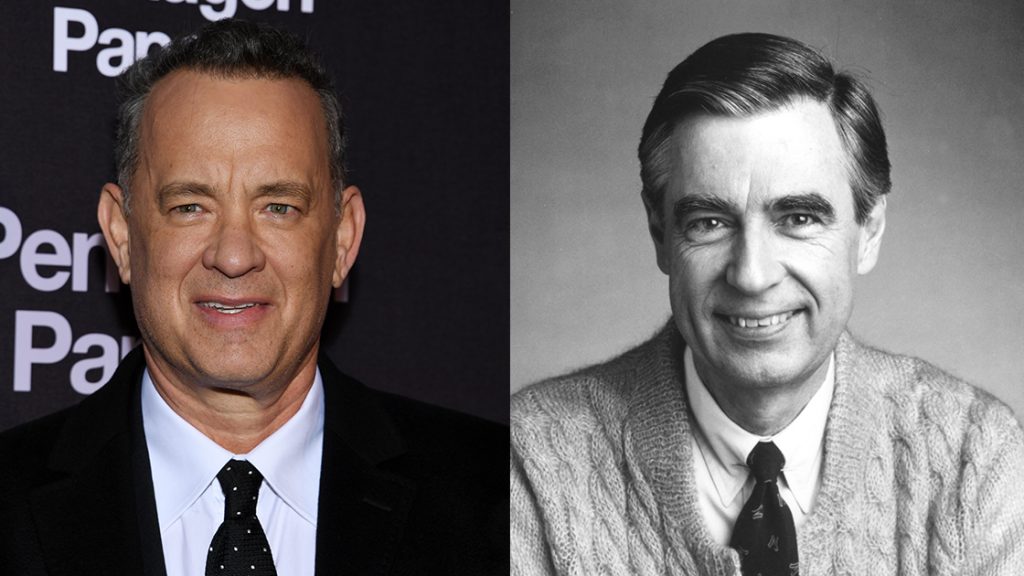 One of the ‘nicest men in show business’ is playing an even nicer man in show business. Tom Hanks slipped into the famous Mr. Rogers sweater this week, and it is a warm hug for the soul. Sony Pictures released the first image of Hanks in character and it is a mash-up of two American treasures.

To hundreds of thousands of children, Fred Rogers was a warm and kind face on television amid the chaos of cartoons and even more harrowing adult programming. This summer, however, a generation of us who only knew him from a child’s perspective were introduced to Mr. Rogers as an activist and idealist. Morgan Neville’s documentary Won’t You Be My Neighbor? revisited the life of the TV icon and the surprisingly subversive ways Mr. Rogers succeeded in making the world better for children. Rather than dumbing down his entertainment, Mister Rogers Neighborhood introduced children to adult concepts including race relations, disabilities, war, and assassination.

Tom Hanks is Mister Rogers, coming to a neighborhood near you October 2019. pic.twitter.com/2TP3eiPUCx

The Tom Hanks helmed film, that is yet untitled, will explore the positive influence Mr. Rogers had on a much smaller scale. According to EW, the plot focuses on the close bond between Mr. Rogers and journalist Tom Junod who was impacted by their interactions while working on an Esquire profile in 1998. Hanks certainly looks the part in the iconic cardigan and comfy blue sneakers. Rogers explains in the documentary that changing his shoes at the beginning of each episode was more approachable than hard, wooden work shoes.

There is a definite appetite for delving deeper into Rogers’ life. The gentle entertainer made dramatic strides to bridge deep political divides nationwide, by speaking to the youngest members of society. With society fractured along party lines, Rogers’ gentle messages of kindness and acceptance are greatly needed.

Tom Hanks takes on the role next October.

TAGSMister Rogers Neighborhood Won't You Be My Neighbor