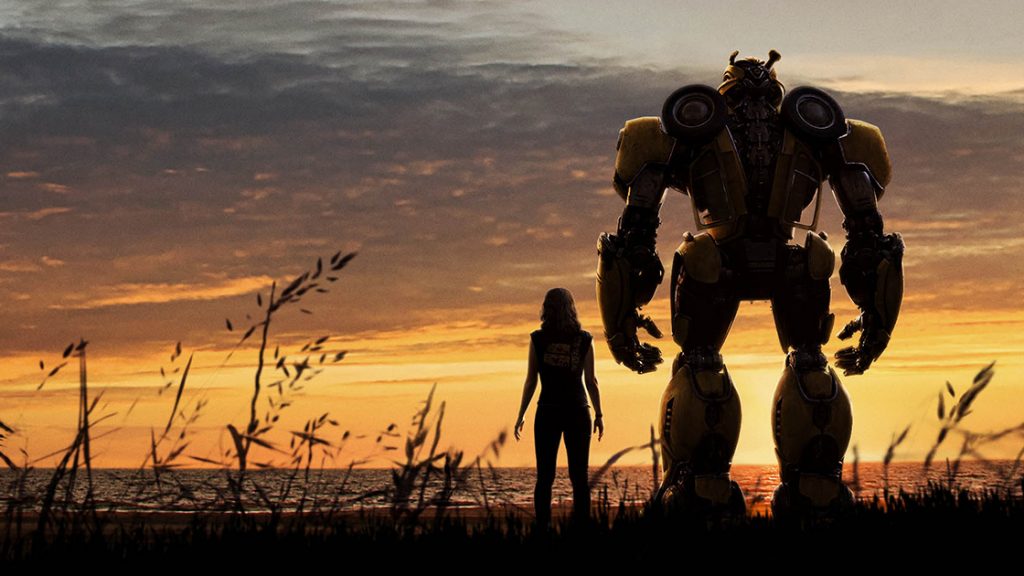 Charlie (Hailee Steinfield) has no idea just how special her first car will be. I mean, Volkswagen is discontinuing the Beetle in 2019. That car is going to be a classic someday. Oh, and the particular vehicle she obtains is also a shapeshifting autobot in hiding. A new Bumblebee trailer highlights the intimate nature of the Transformers origin story and the epic odds our heroes are up against.

At 18 years old, Charlie just wants a little freedom on the road and ends up at the center of a war involving an alien species. When her car comes to life, Charlie tries to keep Bumblebee’s true identity under wraps, but there are obviously evil entities that have an interest in the friendly robot. Dark government agencies of both human and Transformer variety are invested in capturing the big yellow guy. Through some devious manipulation, the Transformers are able to convince some militaristic bad guys to help them hunt down Bumblebee.

This is our first solid look at John Cena as the stone-faced Agent Burns. Cena started his WWE career as a bit of a loudmouth villain but evolved into more of an antihero garnering younger fans. His film career has definitely continued that trajectory of casting him as a big softie from a spurned lover in Trainwreck to the misunderstood kid friendly bull in the animated Ferdinand. Here, Cena is making a villainous hard turn chasing a teenage girl and her pet car.

This new look also packs on more action than the first trailer. Director Travis Knight is proving himself to be a worthy heir to Michael Bay’s megawatt franchise. The animation king has crafted some fresh sequences. The trailer is dynamic and really able to do it all. The giant battle shots have some fun choreography and impressive VFX. Yet, at the core of this story is sure to be the connection between Charlie and the Bee. For being a big hunk of worn out metal who never speaks, Bumblebee has real heart and expression. Bumblebee could be the most personal Transformers installment yet.