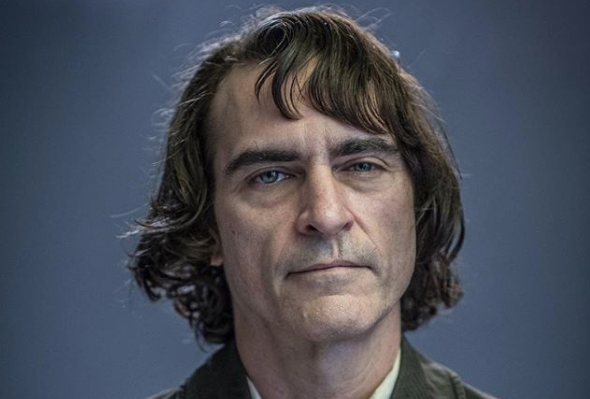 Earlier this week we were introduced to Arthur Fleck. He looks mild-mannered and slightly disheveled with his hair being the wildest thing about him. It was difficult to imagine that this humble looking man harbors a monster inside. Arthur will, of course, transform into the Joker for the Joaquin helmed character study. Now, director Todd Phillips has revealed the first look at Arthur in full makeup and the short video gives us a few clues.

Makeup has always been an essential element to the character from Cesar Romero’s full white face and painted red smile to Heath Ledger’s smudged on palette and dark, greasy eyes. Joker is expected to be probe the forces that soured Fleck against the world and turned him to a life of crime. The Joker has always been mysterious, but The Dark Knight alluded to the Joker having a violent past. Although we never learned the true story of how he got those scars, we imagine it wasn’t pretty.

However, Arthur’s scars may be more emotional. The camera test reveals that post-transformation, he doesn’t appear to have any physical deformations. Just some slapdash clown paint that will surely scare the wit out of us once it’s juxtaposed against some sinister acts.

Phillips paired the clip with The Guess Who’s ‘Laughing,’ which works so well. That shaggy haircut paired with a cardigan and harvest gold jacket, we’re getting a very early 70s vibe. Later, Arthur opts for some more color as the Joker in a deep red suit and blue dress shirt.

The fully made up Joker dances over Arthur’s image, and presumably through his mind. Just thinking about his alter ego dancing jovially makes him crack a smile. He breaks into laughter and the Joker emerges. Don’t trust it, though. He suddenly snaps into a glare so abrupt it’s chilling and leaves us feeling cold.

So of the humorless Arthur, the laughing Joker, and the sinister stare, which is the lie?