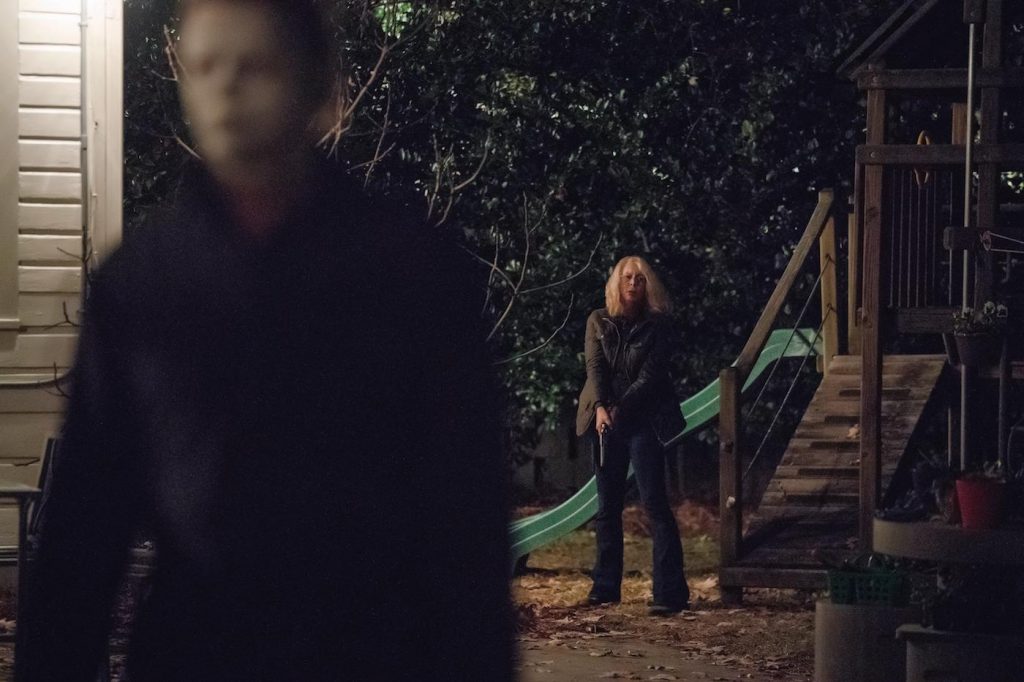 Halloween Abandoned a Plan to Re-Shoot the Original Ending

We have already been raving about the impressively executed new Halloween, but the more we learn about it, the more amazing this project becomes. The David Gordon Green sequel to the 1978 original nails an incredible balancing act. This is the reboot that all reboots aspire to be. It manages to recall favorite moments from the original without being a remake, there’s a juicy new storyline here, and it will almost certainly find new fans who weren’t already introduced to the franchise. With all of that in mind, it is interesting to learn that the production crew had originally intended to start where the first film left off.

Green spoke with Bloody Disgusting and revealed that the original plan was to open with Dr. Loomis shooting Michael back in 1978. “Even in the script going into production, we were going to refilm the end of the original film from a different perspective,” Green revealed. “We had this very complicated overhead view of Loomis shooting the gun, Michael going over and then the apprehension, assuming everybody was going to need a little bit to get back up to speed with where we are and we haven’t seen the movie in a long time or we’ve never seen the movie, had to invite everyone to the party and that kind of thing.”

Essentially, Green wanted to refresh familiar viewers and bridge the knowledge gap for new fans. However, John Carpenter stepped in to say that detail could be overkill.

“This was Carpenter actually calming me down on set,” Green said. “I’m like, ‘Nobody’s going to know what’s happening and where we’re coming from.’ He’s like, ‘Just trust ‘em and leave ‘em alone and let ‘em figure it out.’”

Ultimately, this seems to have been the right call. The plot was clear and compelling without being condescending. It’s a fine line to keep everyone in the know without overdoing and Halloween strikes the right balance in the end. You will catch some throwback footage in the film, however. And there is an even subtler Easter egg that Green revealed in the interview.

Laurie has a new house in the film and it’s not even on the same street where she grew up. However, when the crew rebuilt Laurie’s house for that original plan of revisiting the fateful night. One of the rooms was later converted into Laurie’s house. We don’t want to give away the scene, so see if you can spot it when you catch the movie.

Featured Image: In “Halloween,” JAMIE LEE CURTIS returns to her iconic role as Laurie Strode, who comes to her final confrontation with Michael Myers, the masked figure who has haunted her since she narrowly escaped his killing spree on Halloween night four decades ago. Photo Credit: Ryan Green