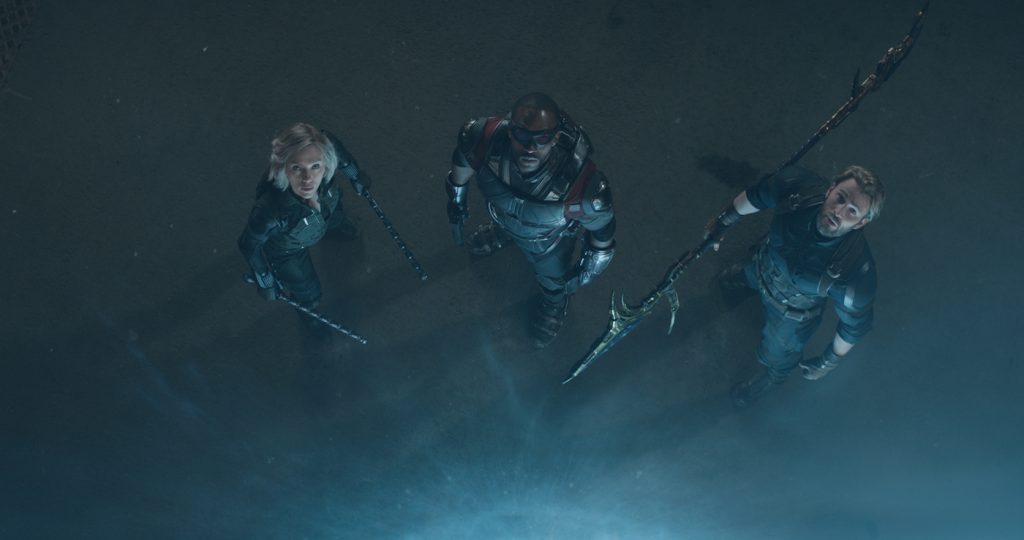 It isn’t surprising that the post-credits scene in Avengers: Infinity War was the darkest of any movie in the MCU. Yet you might have expected the scene to be a little less grim considering it followed the darkest ending in MCU history, and knowing viewers were likely still in shock by the time S.H.I.E.L.D agents Maria Hill (Cobie Smulders) and Nick Fury (Samuel L. Jackson) appeared on the screen. But no. Instead, the post-credits sequence the Russo Brothers cooked up for us was another gut punch (spoiler alert); Maria Hill and Nick Fury go the way of Doctor Strange, Spider-Man, Black Panther and ALL of the Guardians of the Galaxy save Rocket—they dissolve into dust and are gone. Okay, there is some good news delivered in the scene—before he dissolves, Fury is able to get a message out (on an old school beeper) to a certain someone that the world, nay, the universe is in danger and needs her help.

Ever since Infinity War came out on Blu-ray, the digital effects studios who helped pull off some of the most stunning sequences in the film, like the post-credits scene, have been sharing their VFX reels on YouTube and Vimeo. Weta Digital shared how they created the heartbreaking battle between Thanos and the Guardians of the Galaxy, Doctor Strange, Iron Man and Spider-Man on Titan. We’ve also shared how Framestore was able to create Iron Man’s nanotechnology-powered new suit (the Mark L), the one that was almost good enough to help him beat Thanos. Now, RISE, a German VFX studio that has done a lot of work for Marvel over the years, has shared their VFX reel, which includes a look at how they put together the post-credits scene. RISE had their hands in a lot of the film’s marquee moments, and once again reminds us that it really does take a village to make a film, especially one as epic as Infinity War.