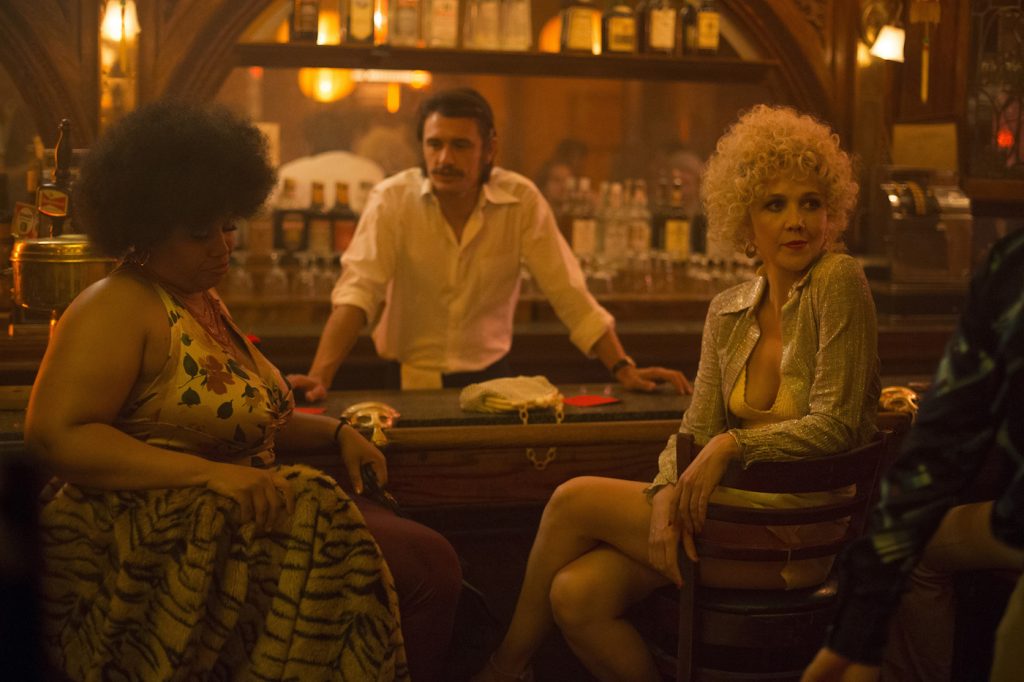 “It’s changed,” Emily Meade says in the new trailer for HBO’s The Deuce. “It’s not like how it was when we started. It’s like a free world.”

We all hope for something fresh when a TV series enters a new season, and The Deuce promises that from the start of its teaser for Season 2. While the show’s debut run took place during the ascent of the pornography industry in New York in the early 1970s, Season 2 will move ahead five years when some of its characters are already living large. The period’s fashion pops as well as ever, and with the time jump, we’re hoping for some more iconic music tracks that hit the airwaves during the interval.

Another notable change comes in the form of James Franco’s twin roles as Vincent and Frankie Martino. The two looked quite similar in Season 1 with their matching mustaches and slicked-back hair, but they sport their own different hairdos in the trailer.

The Wire showrunner David Simon returns to the helm with longtime collaborator and Deuce co-creator George Pelecanos. The bulk of the series’ impressive cast also remains, with Maggie Gyllenhaal, Emily Meade, Margarita Levieva, Gary Carr, and Dominique Fishback all lining up with Franco.

The Deuce returns to HBO September 9.