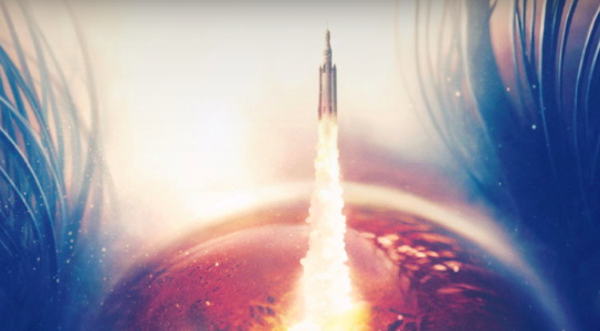 “They all say the same thing; I’ll believe it when I see it. But that’s backward. Belief comes first. Only then can you see it.” These are the words of aerospace magnate Laz Ingram (Natascha McElhone) to the man she wants to lead a mission to Mars in Hulu’s The First. That man is Tom Hagerty (Sean Penn), who is being asked to leave his daughter and take on a potentially suicidal mission to the Red Planet, with the lives of four other astronauts who’d be joining him on his shoulders. The First comes from House of Cards creator Beau Willimon, and the first trailer is effectively gripping. The stakes here, as they were in Christopher Nolan’s Interstellar and Ridley Scott’s The Martian, are both global and deeply personal. The decision to leave your family behind for a trip you may never return from is the driving thrust of the trailer. So, too, is Ingram’s call to arms, that the lives of five people are essential, but the lives of eight billion make those five lives worth risking.

Space travel has long been a beloved topic for filmmakers and television creators, and in recent years we’ve seen a lot of storytellers take the risks and massive obstacles seriously. The Martian was perhaps the most fact-based of the big space features, showing us how hard it is to get the planet (let alone live on it—you’d better be a world-class botanist, for starters), so there’s a lot of potential in taking a realistic approach to space travel and giving it the space and time a series affords. Plus, Willimon is a proven hitmaker, and it’ll be intriguing to see him take his sense of drama from the D.C. swamp to deep space.

Sean Penn leads an ensemble cast in this near-future drama about a crew of astronauts attempting to become the first humans on Mars. Under the direction of visionary aerospace magnate Laz Ingram (Natascha McElhone), the crew contends with peril and personal sacrifice as they undertake the greatest pioneering feat in human history.