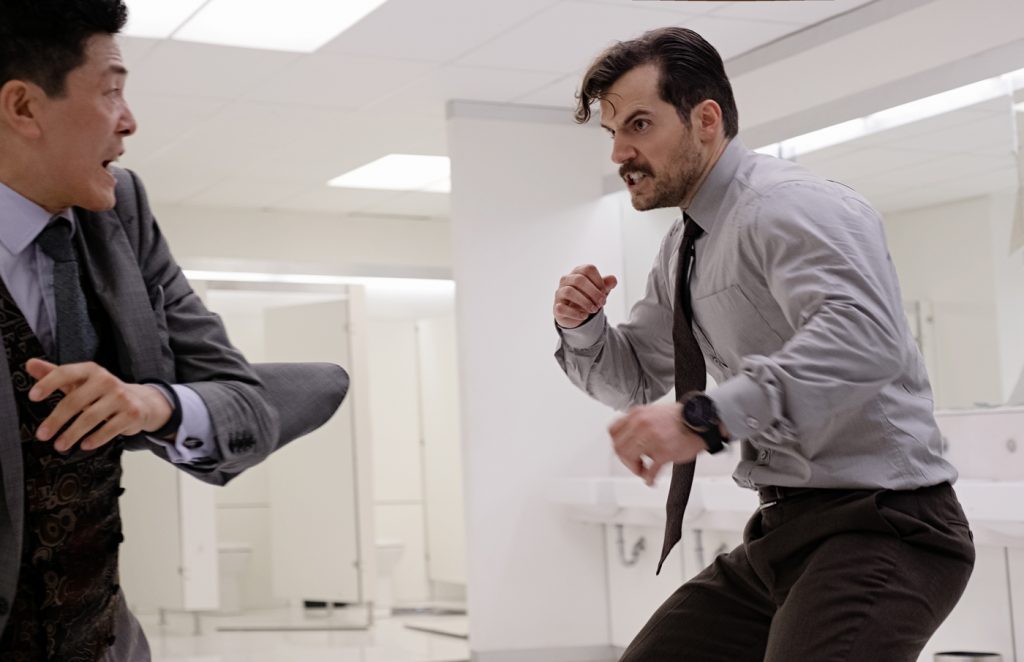 How They Shot That Epic Bathroom Fight Scene in Mission: Impossible — Fallout

Mission: Impossible — Fallout was chock full of jaw-dropping moments. It had Tom Cruise in a motorcycle chase, flying a helicopter, and most importantly, saving the world from nuclear destruction — a pretty big deal if you ask us. The hands down best action franchise in Hollywood (thanks in no small part to stunt coordinator Wade Eastwood) has been delivering the goods for 20 years. But while each fresh spectacle was something to behold, no other scene captured the essence of an action-thriller better than the bathroom fight scene. It was the kind of contained, choreographed fisticuffs that required not only the actors’ perfect execution, but also the filmmakers’ precision in their editing. StudioBinder posted a video detailing how to shot list a fight scene and what it took to make that scene so special. For action movie fans everywhere, it’s worth more than a few watches.

In the 42-second scene, there were 31 cuts, all used to heighten the effects and make the scene feel authentic. A side punch looks best in profile, while a front kick or punch is most convincing when filmed straight on, for instance. They filmed the entire scene with handheld cameras using a wide-angle lens to keep everything in focus — to make us feel like we’re there in that scene rather than just a passive onlooker from afar. All of those choices gave the scene the kinetic pace and teeth gnashing impact we’ve come to expect from a Mission: Impossible film, in a scene that feels completely grounded in reality.

The filmmakers made certain stylistic choices to show the power dynamics at play, too. At one point in the scene, where the bad guy gets thrown through the mirror and onto the ground, they used a low angle shot to convey how powerless he felt at that moment. But every great fight scene has its ebbs and flows, so they gave the bad guy an advantage with a prop, which allowed the filmmakers to create more conflict at the same frenetic pace.

The video had a few fun facts thrown in too. For example, I never understood how movies could pull off stunts with shattering glass, but the video showed that movie glass is actually made out of sugar. The video gives away s few other cool tidbits of info, but I won’t spoil them for you. Check out the clip for yourself and see how Hollywood gets it done!