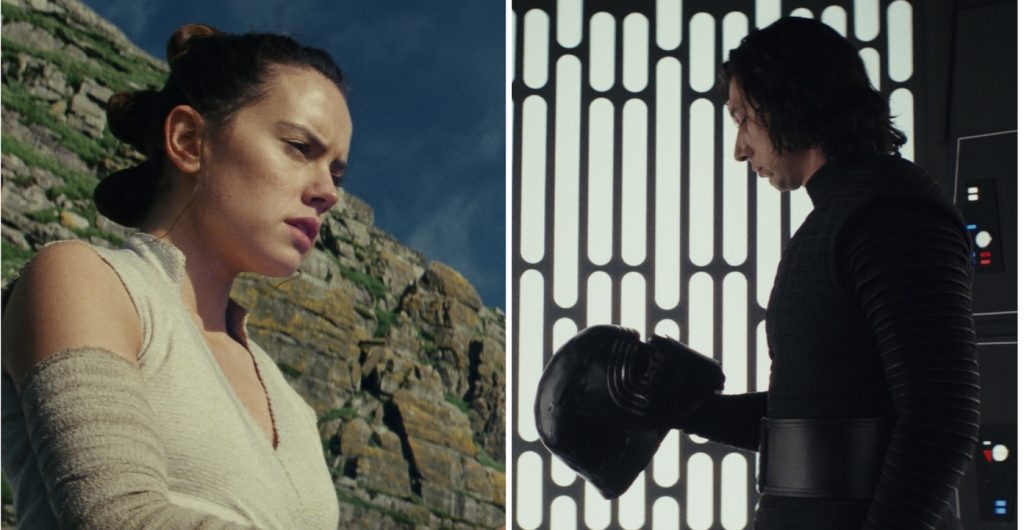 You’d think that, after seven months, a movie with a fandom like Star Wars: The Last Jedi would have been mined for every possible Easter Egg, every hint of lore, and every hidden indication of what’s going to come next. And you’d be wrong.

With social media, fans are able to construct and discuss theories with huge numbers of other fans at ease, and Reddit is perhaps the hotbed of this when it comes to fandoms like that of Star Wars. Reddit user egoshoppe has apparently been studying the combat scenes in Episode XIII, and when they compared Rey’s training on Ahch-To to Kylo Ren’s fight with Luke’s projection, they saw alarming similarities.

The gif egoshoppe created to compare Rey and Kylo’s fighting styles was spotlighted on popular Twitter page Star Wars Stuff. In it, we see Rey’s lightsaber techniques in action while she trains against a rock. With each move she makes, we see Kylo using the same, if not a very similar, move against Luke. It’s fair to assume this is not just the mistake of a lazy choreographer. The fighting styles of the series’ former characters were significantly diverse. Kylo was trained by Luke, after all, and he fights without the balance that his uncle and his grandfather, Anakin Skywalker, possessed.

So, why are the series newcomers so similar? The leading, and obvious, theory is based on the mental link between Rey and Kylo that was explored in The Last Jedi. In the film, the two are able to communicate across the galaxy and sense the Force within each other. While this link does help them figure each other out as adversaries, it also looks like Rey is able to absorb some of Kylo’s knowledge of the Force. So rather than Kylo copying Rey’s fighting style, it’s more likely that she takes in some of his training and subconsciously channels it during the scene on Ahch-To.

This is all still fan speculation, but it wouldn’t be surprising if it was revealed to be true in the future. The theory is a bit self-confirming, too, as there’s no way Rey could become so adept with a lightsaber so quickly after beginning training. I mean, did you watch her take out those Elite Praetorian Guards with Kylo? The two clearly had chemistry during the fight, and their mental link is the best explanation for that.

Find out the truth behind their link and the climax of their story when Episode IX hits theaters December 20, 2019.