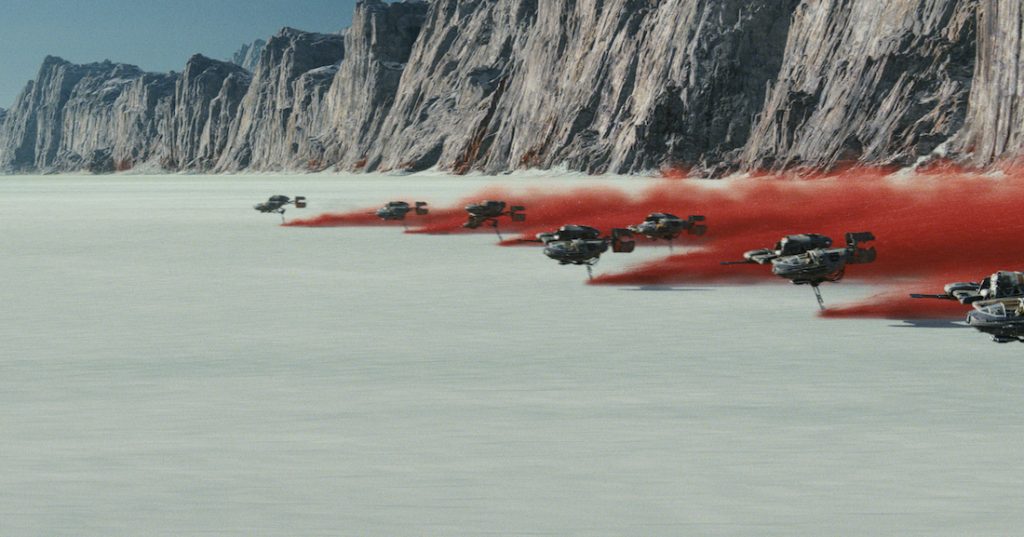 You Can Watch a Music-Only Version of Star Wars: The Last Jedi

Have you ever imagined what it would be like if Star Wars: The Last Jedi was a silent film, with the only sound being John Williams incredible score? Well, even if you’ve never had that particular fantasy, this incredible idea is now a reality. With The Last Jedi now available digitally, and the Blu-ray and 3D home releases available in early April, this score-only version of the film is available right now. This is a compelling idea—what would it be like to watwch Star Wars: The Last Jedi with only John Williams score and without without dialogue, sound effects or ambient noise? We’re going to find out.

Writer/director Rian Johnson spoke to Prime Video during a Facebook Live segment, and revealed that Movies Anywhere will be offering this music-only version for folks who sign up for their app and connect it to their digital copy of the film. You’ll be able to experience The Last Jedi perhaps a little bit the way John Williams does during his process; by seeing the scenes and hearing only the incredible score.

“One thing I’m really excited about with it, that I really want to talk up, and this was something that I really pushed to figure out a way to do, it’s a really special thing,” Johnson said during the Facebook Live segment. “We’re going to have a music-only version of the movie. Basically, we did a mix where there’s no dialogue, no sound effects, no backgrounds, nothing but the score playing at regular perfect level. So you can watch it like a silent film just with John [Williams’] score. If you do this, it’s incredible because you see the nuance that he rides the emotion of the scene with, and it’s being able to just focus on that music.”

It’s a very cool idea, and as i09 suggested, it begs the question; what about a black and white cut? One can dream.