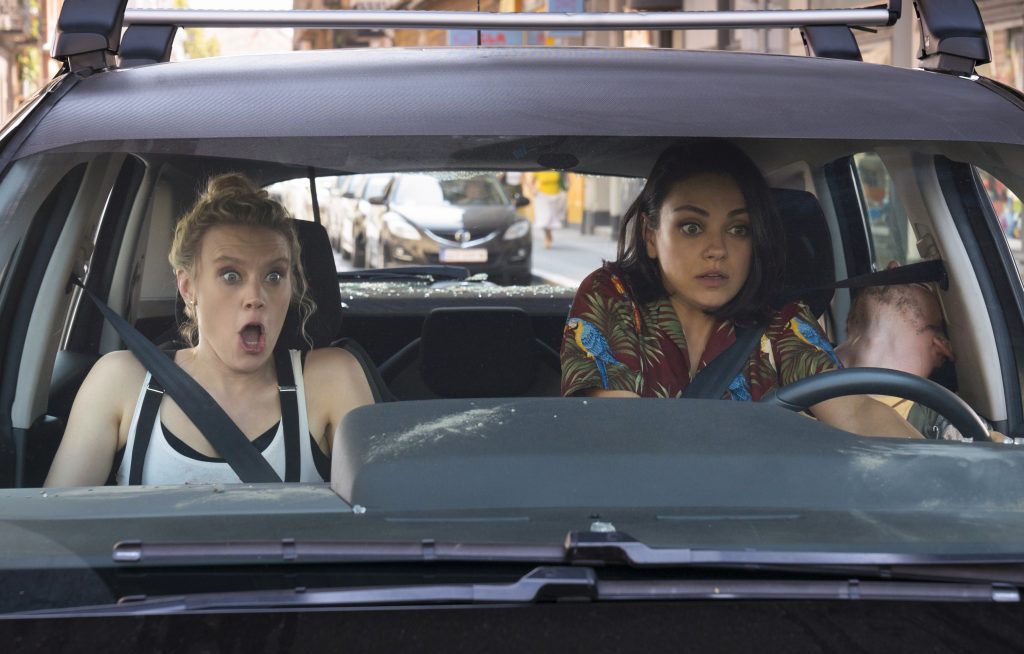 Any movie starring Kate McKinnon has “hidden summer gem” written all over it. We were excited when the trailer for The Spy Who Dumped Me dropped this spring. Now a new clip gives us an amusing amuse bouche of the kind of funny we’ll be seeing. Basically, it’s really relatable characters in unrelatable situations. (Watch out, this clip is NSFW. Or, at least put your headphones in.)

James Bond or Ethan Hunt might have a crazy trick up their sleeve to evade their villainous foes, but Audrey (Mila Kunis) and Morgan (Kate McKinnon) have a much more modern tactic. When evil agents are chasing them down, they hop in a rideshare they didn’t order. Mr. Yang, who actually called for the ride on his app, might be miffed when he realizes his driver left without him. However, Audrey and Morgan have a good reason for hijacking the ride. Three armed men on motorcycles are in hot pursuit.

Their pleasant driver is a DJ on the side, but that isn’t his only secret skill. He can also put the pedal to the metal when the situation requires. The script doubles down on the humor by putting them in an energy efficient Citroën. That might not be a super spy’s getaway car of choice, but they make do with what they have.

This seems like a perfect example of the brand of humor in the film. Director Susanna Fogel told Entertainment Weekly, “We were at lunch one day and one of us said, ‘Broad City meets Bourne,’” Fogel said. “Our jumping-off point was, ‘What would we do if we had to run from the cops in, like, my Toyota Prius? What would we do if we were confronted with an assassin? We’d probably make fun of something he was wearing.’” Seems reasonable.

The Spy Who Dumped Me speeds into theaters August 3.

Featured Image: Kate McKinnon as “Morgan” and Mila Kunis as “Aubrey” in THE SPY WHO DUMPED ME.

TAGSThe Spy Who Dumped Me