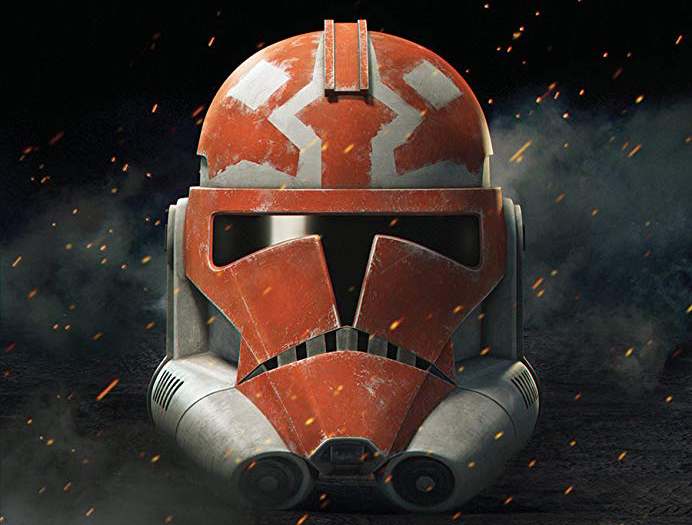 Star Wars: The Clone Wars is in its tenth anniversary year, and Lucasfilm’s panel at San Diego Comic-Con shared that the company’s first weekly TV show is returning for one more season.

Season 6 of The Clone Wars was billed as the final entry in the series when Netflix took over distribution from Cartoon Network. However, as it often goes with the Star Wars universe, there were more stories left to tell. One writer from the show claimed they had finished writing Seasons 7 and 8 at the time of the show’s cancellation in 2013, but the freshly announced final run will only consist of one twelve-episode season.

Showrunner Dave Filoni, who worked closely with George Lucas from the conception of the show, discussed the reboot in a press release.

“I honestly didn’t think we would ever have the opportunity to return to The Clone Wars. Thanks to the relentless fan support and the team behind Disney’s direct-to-consumer streaming service, we will now get to tell more of those stories. We feel a tremendous responsibility to make something that lives up to the legacy that George Lucas created with the original series and I think our team, many of whom worked on the show from the beginning, has risen to the challenge.”

With the final season to air on Disney’s streaming service, which is set to launch in 2019, it looks like Disney’s acquisition of Lucasfilm will continue to bear fruit for the Star Wars universe. And the fruit looks tasty. The Lucasfilm panel revealed a trailer to the audience, and the show looks like it still possesses the artful and epic mood that earned the series its widespread acclaim. The sneak peek also teased the return of Ahsoka Tano, a fan favorite who was apprentice to Anakin Skywalker before she left the Jedi Order. Tano is also a recurring character on Star Wars Rebels, which takes place almost two decades after The Clone Wars.

Along with the announcement and trailer, the panel also shared a treasure trove of concept art from the early days of The Clone Wars. /Film took photos of the assortment of character and vehicle sketches, for which Filoni took credit. There’s also drawings of early ideas for the show’s cast of characters, which were tabled at the time but more or less used for the future series Rebels.