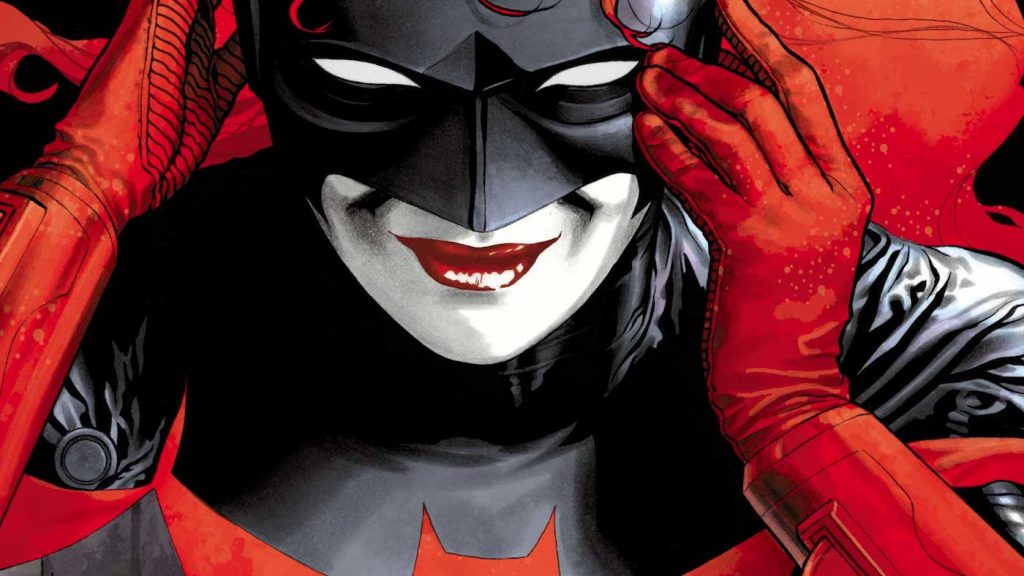 History is close to being made on the small screen. It was recently reported that Batwoman would be appearing in the Arrowverse for the CW’s annual crossover event in December; now Deadline reports the brilliant Kate Kane of Gotham might be getting her own show, which would be a groundbreaking moment for the superhero world. Batwoman would represent the first time a gay character lead a live-action superhero series.

Deadline reports that The CW is developing a Batwoman series for 2019. This doesn’t mean the show is definitely going on air, but it does mean the channel is considering it for its’ 2019 lineup. The Vampire Diaries Caroline Dries and Arrowverse creator Greg Berlanti are the driving forces behind the project.

In Batwoman, written by Dries based on the DC characters, armed with a passion for social justice and a flair for speaking her mind, Kate Kane soars onto the streets of Gotham as Batwoman, an out lesbian and highly trained street fighter primed to snuff out the failing city’s criminal resurgence. But don’t call her a hero yet. In a city desperate for a savior, Kate must overcome her own demons before embracing the call to be Gotham’s symbol of hope.

Batwoman has some similar, destructive traits to her namesake Batman, but in the comics she’s been a trailblazer for LGBTQ+ representation. She was reintroduced in 2006 as a Jewish lesbian, a supremely gifted but troubled soul who is inspired by Batman to take to take back Gotham from the criminals and murderers. The Arrowverse already features a number of LGBT characters—The Flash‘s Captain Singh, Arrow‘s Curtis Holt, Legends‘ Sara Lance and Supergirl‘s Alex Danvers. Batwoman would take this representation to new heights by headlining her own show.

Here’s how Kate Kane’s background and skill set are described on DCcomics.com. It’ll be interesting to see how much of this source material Dries used in her adaptation. Regardless, we’re very eager to see Batwoman on the small screen:

Kate had a long history of overachievement. She was an exemplary pupil at the United States Military Academy, earning top marks and easily rising to the head of her class…until she was dismissed from the school for being gay. Kate received support at home from her colonel father, but she was angry and frustrated by the military’s actions. Disheartened, Kate lost direction and became caught up with late nights and partying. And then Batman intervened.

As Batwoman, Kate combines her special operative training and deep sense of discipline to serve justice to criminals. In fact, of all of Batman’s allies, Batwoman may be the one who’s most like him. Her military training makes her a tough adversary in both armed and unarmed combat, her experiences have made her a strong opponent of injustice and her intelligence has led her to become a solid detective. However, she also shares the Dark Knight’s self-destructive tendencies when it comes to personal relationships. For her, the mission always comes first.