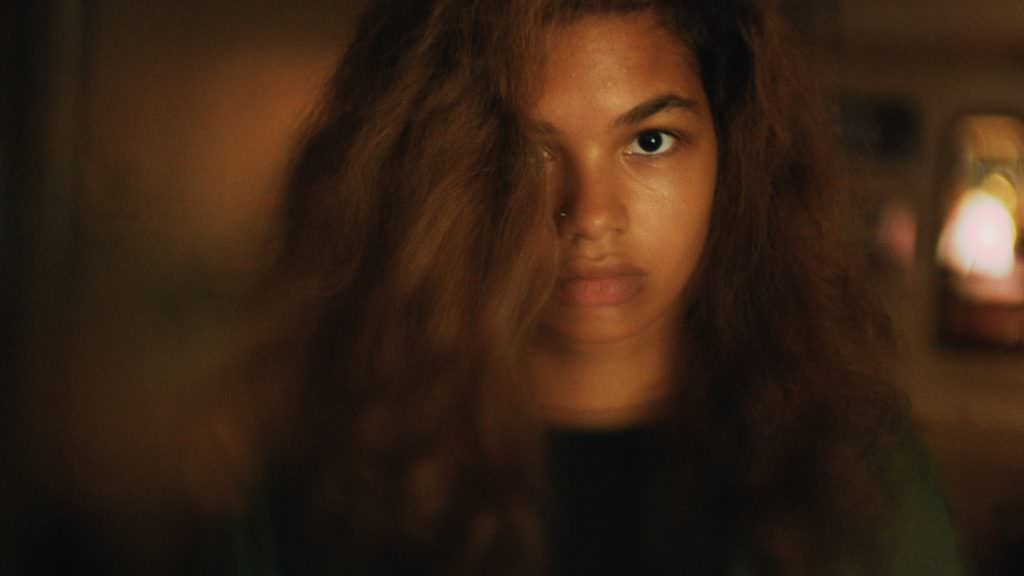 “It’s one of the boldest and most invigorating American films of the 21st Century,” David Elrich told Indiewire, and given the trailer, that’s for sure. When we interviewed Madeline Madeline’s cinematographer Ashley Connor at Sundance, the film was already earning major plaudits and buzz. Now, our first look at the trailer for writer/director Josephine Decker’s film will clue the rest of the world into what all the hype is about. This trailer is like nothing we have seen before, a hypnotic, trippy askew glance at the film, relying on 3-D illusions and mesmerizing images of a girl with a cat mask flashing on and off the screen. The ambiguity of this trailer is part of the appeal, as is the hints of all the strong performances.

The trailer doesn’t tell you much information about the film, yet Madeline’s Madeline tells the story of a gifted, yet troubled aspiring actress, Madeline (Helena Howard), who lands the lead role in a theater play, only to discover her ruthless director (Molly Parker) wants to incorporate Madeline’s personal life into the narrative. This means that Madeline’s “interesting” relationship with her mother (played by the great Miranda July) will be a key part of her performance. Yet, when the fictional life of the play and the reality of her life begin to blend, things start to unwind. Madeline finds herself torn between becoming a young star and obeying the orders of her protective mother, resulting in chaos for the three women.

Fans raved over the film’s debut at the Sundance. We get the notion that a larger audience is available for Madeline’s Madeline, which is the product of a very talented writer/director, cast and crew.

The film will hit the public in New York August 10 and in Los Angeles August 17.

Featured image: Helena Howard appears in ‘Madeline’s Madeline’ by Josephine Decker, an official selection of the NEXT program at the 2018 Sundance Film Festival. Courtesy of Sundance Institute | photo by Ashley Connor.