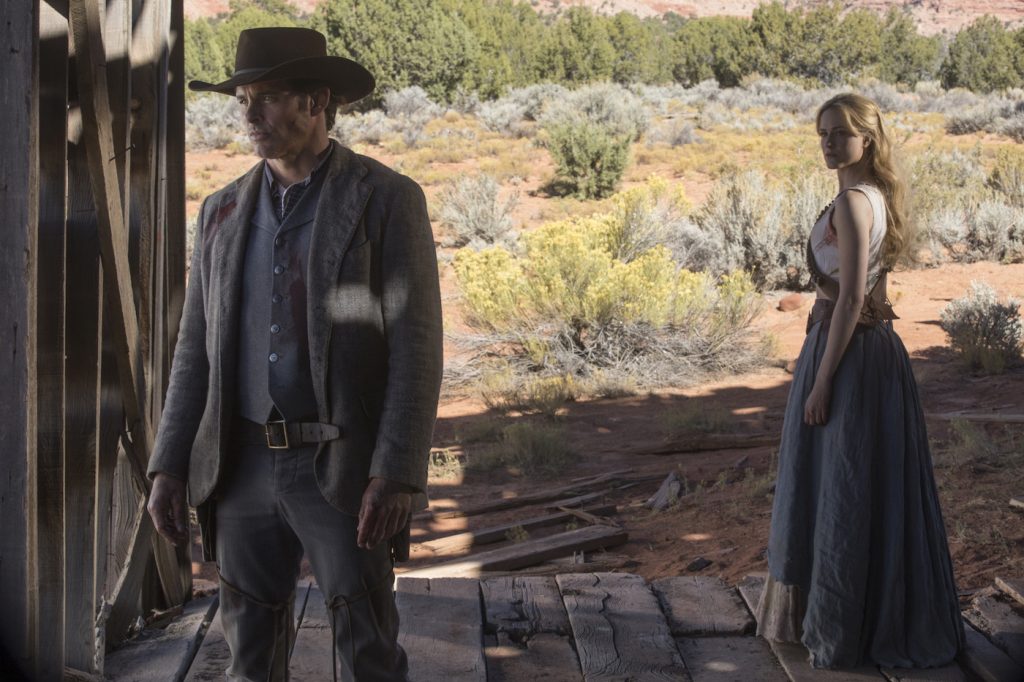 Things are about to change in Westworld, and this time, we have no idea where things are going. Up-to-date Season 2 spoilers lie ahead.

If you thought at any point that Westworld had reached peak darkness, this week’s episode, “Vanishing Point,” really rubbed in just how wrong you were. William, or The Man in Black (Ed Harris), reaches an all-time low and kills his daughter Emily (Katja Herbers) when his paranoia leads him to believe she is a host sent by Ford (Anthony Hopkins). Even Dolores (Evan Rachel Wood)—sweet, sweet Dolores—has suffered a perilous fall from grace, and her actions lead her beloved Teddy (James Marsden) to commit suicide.

With only one more week to get through until the season finale, we have a new trailer to break down. The new footage begins with Dolores communicating with Bernard and sifting through his memories of the events following Ford’s massacre. She is probably doing so in the Forge, a system similar to the Cradle that lies in the Valley Beyond, as hinted by the 16:9 aspect ratio that also complemented the Cradle scenes earlier in the season.

“This is the end,” we hear William say in the trailer, seemingly to Dolores. ”Nothing else is in the way now.” While this is probably the end for either him or Dolores—but can they really kill off a host?—the trailer also goes back to the beginning of the show, in a way. Inside the Forge, Dolores and Bernard visit Logan Delos (Ben Barnes), William’s brother-in-law from Season 1 that we last saw in Ake’s flashback during Episode 8. But this is not really Logan. Just as Bernard interacted with a backup version of Dolores in the Cradle, this is a backup of the data gathered from Logan’s time in the park. We also get glimpses of James Delos (Peter Mullan) and Charlotte Hale (Tessa Thompson) in the Forge, indicating that most Delos employees, too, have been studied and turned into host data.

The clash between human and host is more balanced now that Charlotte has reprogrammed Clementine to command the other hosts, but there is little doubt that Bernard’s decision-making, or lack thereof, will tip the balance. We see him going back on his Episode 9 decision to break free from his creator, Ford, and this spells danger for anyone that might stand in their way.

The biggest mystery of the trailer is what looks like a rift splitting the sky in half towards the end. Whatever is going down, the hosts are lining up for it, just as we will come Sunday night at 9:00 on HBO.