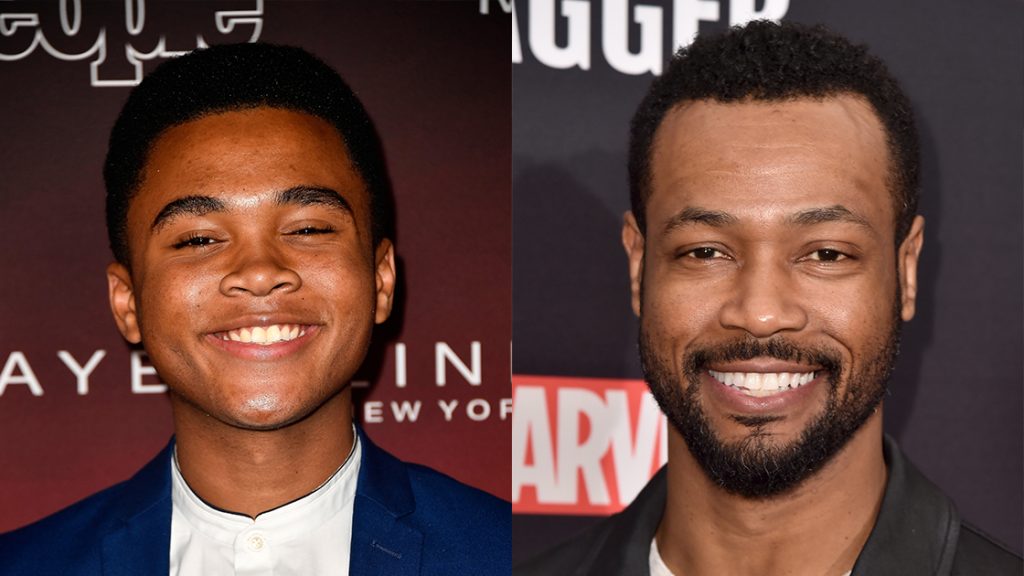 The Losers’ Club in It: Chapter 2 is Finally Complete

The club is all here. One of the most fun guessing games in Hollywood was trying to predict who will play the adult version of the Losers’ Club in It: Chapter 2. The young cast of It set such a high bar, raising expectations for their grownup counterparts. The group’s moral center, Mike Hanlon, has now been cast and the club is complete. Isaiah Mustafa will play the adult Mike in Chapter 2.

Chosen Jacobs portrayed the tender-hearted Mike in It. The young actor announced the casting news on Instagram this weekend.

Pennywise tortured Mike over his fear of killing livestock for his family’s butcher business. In the sequel, Mike is the only club member to stay behind in Derry. In Stephen King’s book, the other characters have moved away, and Mike must call them back when Pennywise returns to terrorize the town again. It is up for debate if Pennywise feeds off of an inherent evil in Derry, or if it is cursed by his presence, but Mike will devote the interim years to studying the evil entity.

Director Andy Muschetti revealed to EW that Mike will take an even darker path in the sequel than was portrayed in the book.

“My idea of Mike in the second movie is quite darker from the book. I want to make his character the one pivotal character who brings them all together, but staying in Derry took a toll with him. I want him to be a junkie actually. A librarian junkie. When the second movie starts, he’s a wreck. He’s not just the collector of knowledge of what Pennywise has been doing in Derry. He will bear the role of trying to figure out how to defeat him. The only way he can do that is to take drugs and alter his mind.”

The full roster of the Losers’ Club is as follows: Jessica Chastain as Beverly, James McAvoy as Bill, Bill Hader as Richie, Jay Ryan as Ben, Andy Bean as Stanley, James Ransone as Eddie, and now Isaiah Mustafa as Mike. Bill Skarsgard will return as Pennywise.

Featured Image: Chosen Jacobs attends People’s ‘Ones To Watch’ at NeueHouse Hollywood on October 4, 2017 in Los Angeles, California. (Photo by Frazer Harrison/Getty Images) Isaiah Mustafa attends a screening for Marvel’s ‘Cloak & Dagger,’ hosted by Freeform and the NAACP, at The London Hotel on May 31, 2018 in West Hollywood, California. (Photo by Alberto E. Rodriguez/Getty Images)