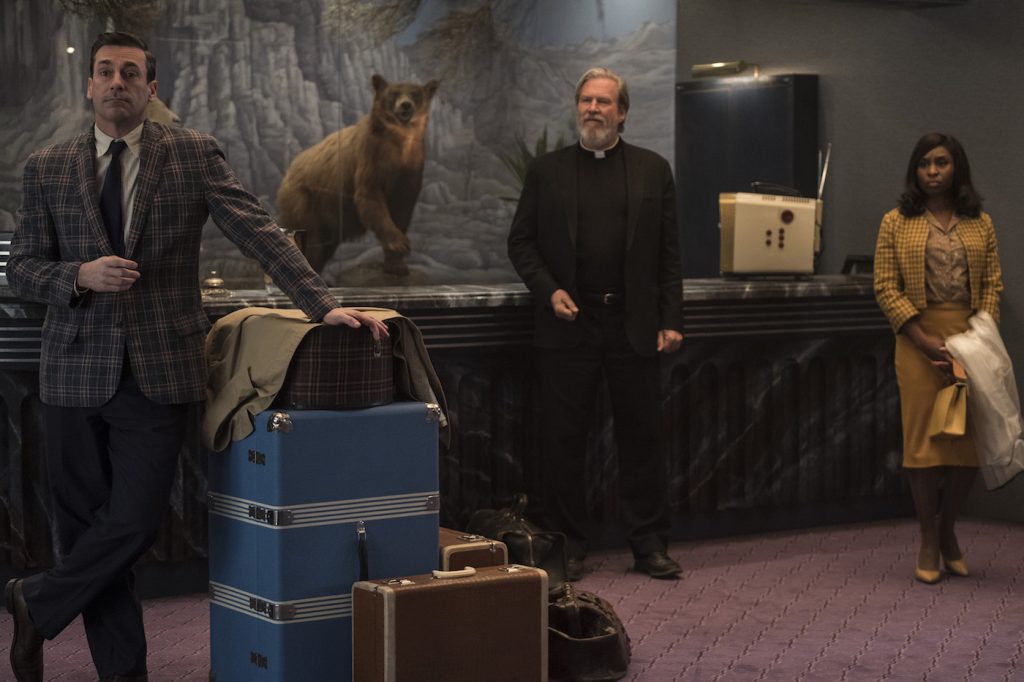 We’re always interested in what writer/director Drew Goddard is up to. From writing The Martian‘s to co-writing and directing the insane (and great) Cabin the Woods, Goddard makes good stuff. Now we’ve got the first trailer for his thriller Bad Times at the El Royale, and we’re enthused. It’s deliciously bonkers. Goddard’s working with an incredible cast and a great setting—the titular hotel is situated in Lake Tahoe, right on the border of Nevada and California. This is the kind of freewheeling, trippy murder mystery we’ve been waiting six years for, since Cabin the Woods first blew our minds.

The El Royale is a “bi-state” establishment, meaning guests can choose a room either in California or Nevada—something tells us it matters which state they pick. Seven strangers have checked in. The incredible cast includes Jeff Bridges, Cynthia Erivo, Dakota Johnson, Jon Hamm, Cailee Spaeny, Lewis Pullman, Nick Offerman and Chris Hemsworth. Each guest at the El Royale has something to hide. It’s the classic “locked in” formula, with characters forced to contend with one another in a setting that proves just as adversarial as each other. Think of Bad Times at the El Royale as a trippier, neon-soaked and less freezing The Hateful Eight, if you’re looking for a comparison. Only it has Goddard’s distinctive vision, which means that the folks who check into the El Royale will become a part of something larger, and much sinister, than they could have possibly imagined. We’re calling this a thriller, which it certainly is, but like Cabin the Woods the film seems to eschew neat genre categorization. Which is a good thing.