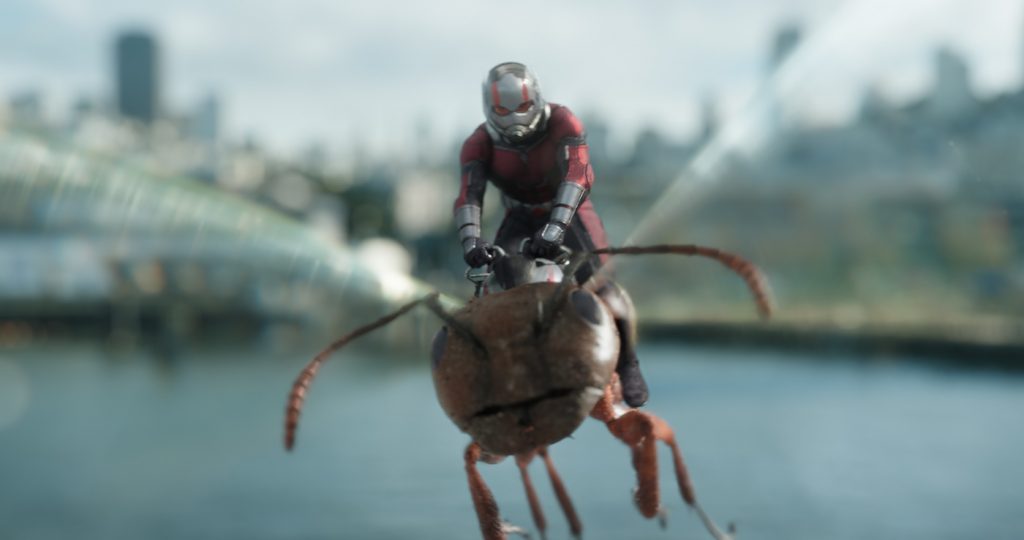 Ant-Man and the Wasp is going to be a very sweet dessert after the stomach-turning main course that was Avengers: Infinity War. The next film in the MCU boasts the first female superhero to get title billing with Evangeline Lilly’s the Wasp, a major (and long overdue) milestone in Marvel Studios history. The story is centered on Hope van Dyne (Lilly)’s search for her mom—the original Wasp—Janet (Michelle Pfeiffer), who was lost in the quantum realm years ago. We briefly saw Janet in the first Ant-Man film, and now rescuing her will be one of the main thrusts of the movie. While Ant-Man and the Wasp will be both a Wasp story and family story, it’s still an Ant-Man film, which means Paul Rudd’s Scott Lang will be not only mixing it up with his new partner, he’ll also be kvetching as things fall apart all around him. Only the Guardians of the Galaxy franchise can compete with Ant-Man when it comes to jokes-per-minute. In this new clip, we see just how much harder it is for a superhero to be super mall. Ant-Man summons his trusty friends, actual ants, but every time he does his plan is thwarted by the film’s other villains—seagulls.

The Ant-Man franchise has arguably the most visual wit of any Marvel movie. They make the most out of their diminutive superheroes and their ability to not only shrink, but all the new problems that arise when you’re suddenly the size of an insect. The new film boasts Hannah John-Kamen as the film’s true villain, the Ghost, who has Ant-Man and the Wasp’s abilities and then some. Having suffered through the ending of the Russo Brothers’ somber Infinity War, we’re really looking forward to spending some time with these mighty, mini heroes.