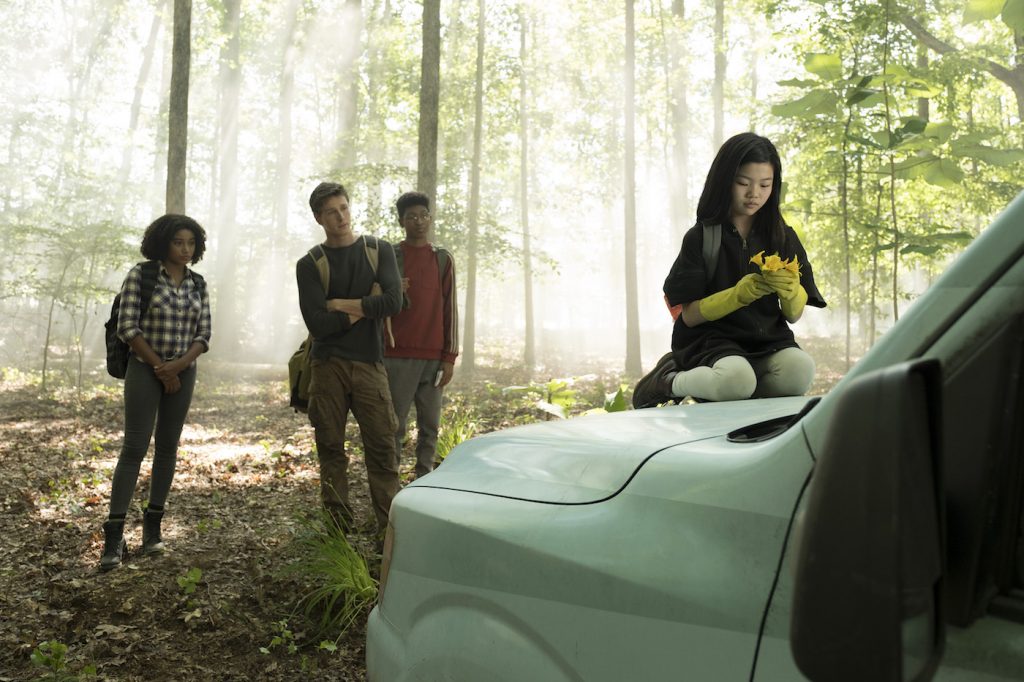 “If you can hear this, you’re one of us. If you’re one of us, come find us.” 20th Century Fox’s upcoming film The Darkest Minds is playing with our own, leaving us eager to know who is “one of them.” Director Jennifer Yuh Nelson adapted author Alexandra Bracken’s story about a nation-wide epidemic called IAAN that has left 90% of the country’s children dead. Who is behind this demonizing disease? We’re not quite sure, but the survivors show side effects—or what also seem to be superpowers—that are so great that the government is frightened of the ones that are still living. These transitioning children are placed in rehabilitation camps, as their superpowers are so foreign that even the President can’t seem to figure out the right solution other than containment. The government and the rest all of the adults in the world attempt to suppress these 2% of remaining children.

The timing of this teaser with the news is unsettling, to say the least.

It is not until 16 year old Ruby Daly (Amandla Stenberg) channels her ambition to escape from the darkness that our kids band together with other runaways. They use their powers to fight the adults who stripped them of their futures. They come to a realization that they themselves are the only hope to a chance of freedom. Together these group of super-powered teens fight the rest of the world and the adults who neglect their wellbeing. This is not your average superhero movie, as we don’t typically see a nation-wide epidemic giving children supernatural powers, and adults revolting against them. Who will win, the government or the children?