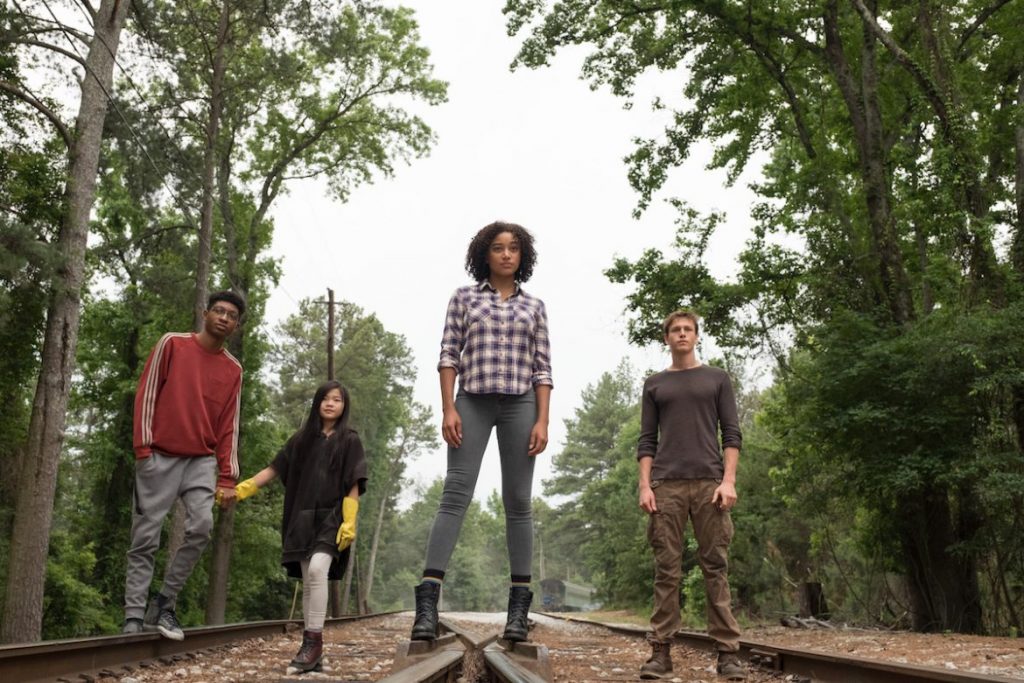 The Darkest Minds Trailer Reveals Superpowered Teens on the Run

Superheroes aren’t always adults (as Peter Parker has proved), and they’re not always operating in a world that cares for what they have to offer (see Batman V Superman: Dawn of Justice). And sometimes, they’re not only not adults nor area they welcome, they’re being actively hunted or imprisoned. This the backdrop in which 20th Century Fox’s new film The Darkest Minds takes place, and a new trailer introduces us to a plucky group of very powerful kids in a story so timely it seems ripped from the headlines (and then filtered through a Marvel comic book).

The film follows Ruby (Amandla Stenberg), who at the ripe old age of sixteen could possibly be the most powerful teenager in America. Her powers, however, have been created by a very dark turn of events—98% of all American children have been killed by a disease, and the remaining 2% have begun to develop superpowers. Ruby’s powers are simply the most potent. This makes her a massive target.

Who’s Ruby a target from? Good question—these newly superpowered teens are being held in interment camps by none other than the American government. Ruby escapes one of these camps and joins a group of other runaways in an effort to get out from under the thumb of an overzealous, downright autocratic American power structure.

So yeah, the timing here for this new trailer is wild, considering it was just this past weekend that the March For Our Lives swept the country, the massive teen-led protests centered on gun control, a hugely successful and incredibly well organized mass event on a topic that adults in America thought was politically untouchable. These real kids, led by students from Marjory Stoneman Douglas High School from Parkland, Florida, seem superpowered themselves, poised and courageous and wise beyond their years.

Even though Fox already has a bunch of superpowered teens in their upcoming slate (some of the X-Men, all of The New Mutants), The Darkest Minds, with its depiction of adults blatantly disregarding the welfare of children for nefarious purposes, is shockingly topical. You couldn’t ask for a film with more potential to tap into a current moment.