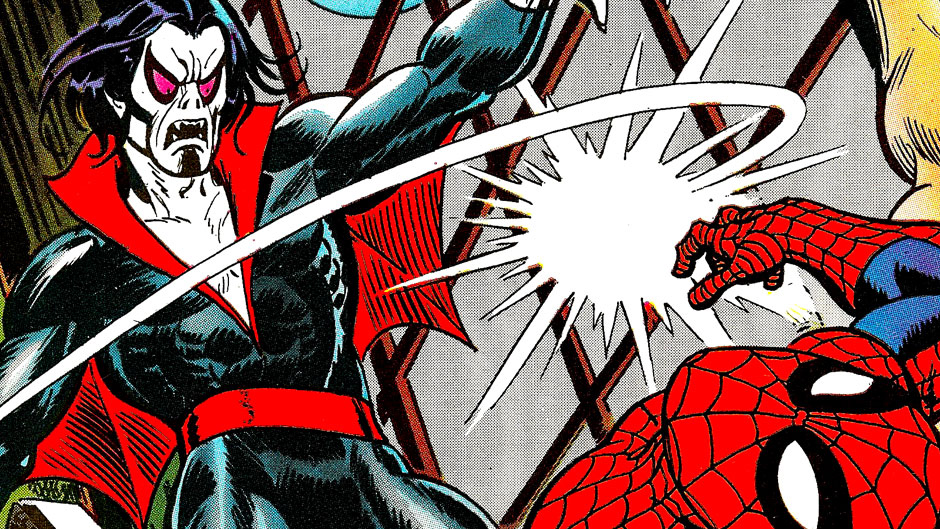 Jared Leto is reportedly making the jump from one universe to another. From the DC Extended Universe to the Marvel Cinematic Universe, that is. According to Variety, Leto is trading in the Joker’s metal mouth for some fangs as Spider-Man nemesis, Morbius.

The vampire villain has a dark and tragic story that seems perfect for Leto to sink his teeth into. (Yeah, I went there.) But really, it’s a pretty grim journey into night. Dr. Michael Morbius develops a rare blood disease and attempts to develop a cure gives him a bloodlust. The vampire eventually goes fang to web with Spider-Man becoming one of his nemeses. Unlike other movie vampires, however, Morbius is alive. He isn’t all bad, however. His history in the comics takes some positive turns.

Batman has some of the most famous villains in comic book canon, but it seems the bad guys of Spider-Man will also be making their mark. Tom Hardy is looking to put Venom on the map and if Leto takes on the Morbius role, it will mark only the second Marvel film with a villain in the title lead. Leto, of course, has experience being a bad guy in the spotlight. Suicide Squad strictly features DC’s criminal underbelly as the stars of the story.

Daniel Espinosa has signed on to direct. The filmmaker has ties to other corners of the Marvel Universe. In 2012, he directed Deadpool star Ryan Reynolds in Safe House. Last year, he directed Life by Deadpool writers Rhett Reese and Paul Wernick.

All-in-all, Morbius seems like a promising fit for Leto. He has been looking to develop a lasting comic book character and the Joker is difficult territory to carve out. After Jack Nicholson’s memorable turn in Batman and Heath Ledger’s Oscar Winning performance in The Dark Knight, the field is fairly saturated. Morbius would give Leto room to create a new persona.

Tom Holland is also proving himself to be a valuable asset for Marvel. Spider-Man: Far From Home is unlikely to feature Morbius or Venom, but getting the films off the ground could create future crossover opportunities. A superhero is only as good as the villain they face, so let’s give Spider-Man some prime material.