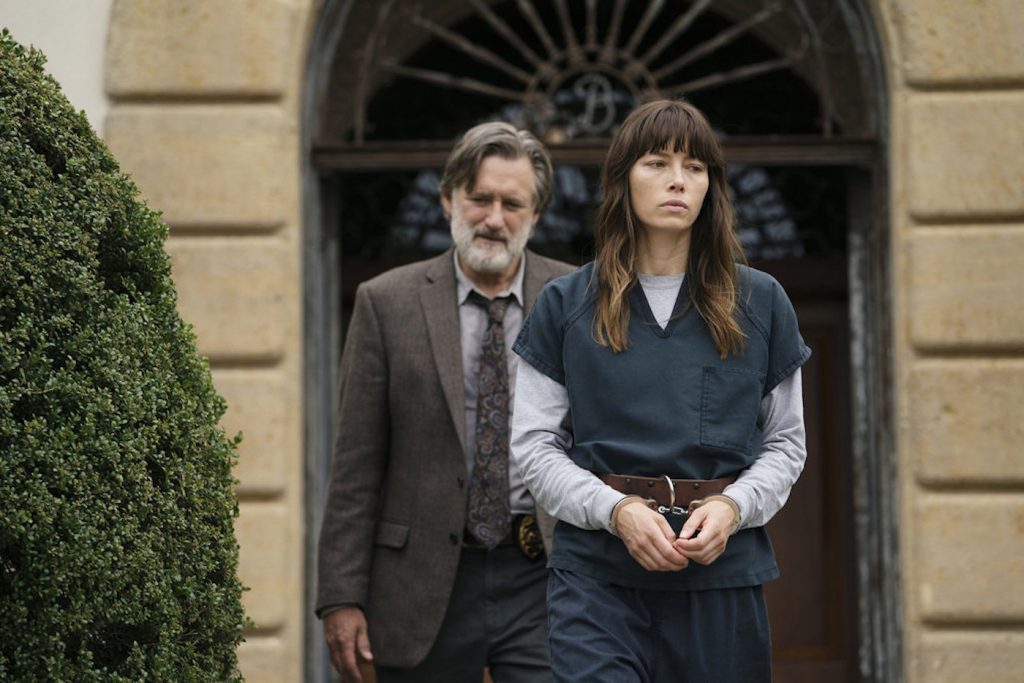 First-Time Showrunner Breaks Down his Dark hit Series The Sinner

Derek Simonds had been toiling on the periphery of show business since 2001, when his indie film Seven and a Match toured the festival circuit, but progress proved fitful. He developed Call Me By Your Name, penned some TV pilots and worked as a story editor on ABC drama The Astronaut Wives Club, but, Simonds says, “I was still banging on doors to be heard.” Everything changed when Universal Cable Productions asked him to adapt German crime novelist Petra Hammesfahr’s dark thriller “The Sinner” for TV. In a matter of months, the Swiss-born Yale graduate created 2017’s top-rated new cable drama. Taut with cliffhangers, USA Network’s The Sinner cast Jessica Biel as a wife/mother/murderer haunted by repressed memories of rape, religious fanaticism, incest and drugs. The Sinner, which earned a Golden Globe earlier this year for Best Television Limited Series, returns for a second season in August.

Here’s how Simonds made The Sinner a primetime winner.

Step One: He wrote a killer pilot episode

“I was really excited by the book’s central conceit, that this woman commits a murder without knowing why,” Simonds says. “It’s turns out to be a symptom of some deeper trauma, so you need to dive deep into the psychology of the character rather than just being a procedural, which I don’t really take to. It’s not about propelling into the future: ‘Can we catch the serial killer before they kill again?’ There’s a lot of clues and twists, but The Sinner to me felt like more of a character study framed by a mystery, and that’s what I really responded to.”

Step Two: He invented his own spin

Simonds deepened the role of Detective Ambrose, played by Bill Pullman, beyond the confines of Hammesfahr’s original character. When he’s not probing Cora’s motive for stabbing an apparent stranger to death, Ambrose carries on a sado-masochistic relationship with a local waitress/dominatrix. “Detective Amber’s proclivities and his situation were largely invented by myself,” Simonds says. “In the book, he’s a bit of a cipher, but in my adaptation I focused on the relationship between Cora and Ambrose as the spine of the show. There’s this therapeutic idea that trauma shared is trauma halved; only when you share your wounds do those wounds begin to heal. By the end of the story, Ambrose has connected with Cora in this very deep way.”

Step Three: He perfected his pitch

A best-seller in Germany, Hammesfahr’s novel was little known in Hollywood, so Simonds needed to pitch his vision on its own merits. He and Biel visited numerous network executives, Simonds recalls. “You walk into someone’s office, there’s four minutes of small talk, then everyone looks to you and you talk for 30 minutes straight. There’s always that moment of dread where you’re like, ‘Okay, here we go.'”

After a few false starts, Simonds decided write out his story word for word. “The minute I realized I didn’t have to wing it with just a few notes and hope I remembered everything, that was a big help. Reading those pages in the room forced me to organize and clarify my ideas, because a pitch is basically an essay about your show that you present verbally. The secret is to do lot of preparation and ask yourself the hard questions.”

Step Four: He learned to multitask 14 hours a day

USA Network financed The Sinner pilot episode, shot in South Carolina, then greenlit the entire eight-episode production. At that point, Simonds’ stepped into the role of full-blown showrunner and his workload exploded. “Running a show takes over your life because it’s basically four jobs all happening at the same time,” he explains. “You supervise the writers room; you’re in charge of prepping the episodes, casting and all that stuff; you’re in charge of the production itself; and you’re in charge of editing and sound mixing earlier episodes that you’ve already shot. It was fun on one hand because you’re always switching gears. But coming from a filmmaking background, it can be a little frustrating because you don’t have the schedule to be 100 percent with the writers or 100 percent with the production or 100 percent with the editing – – you have to run around between all these different jobs.”

Step Five: He figured out a follow-up

Simond’s work ethic paid off. Airing late last summer, The Sinner, initially envisioned as a one-off, drew such big numbers that USA Network in March ordered a second season, which is set to debut in August. SPOILER ALERT This time around, Detective Ambrose investigates a cult leader (Carrie Coon) after an 11-year old boy who claims that he killed his parents. “The new season has the same kind of twisty suspense and psychological probing that marked Season one,” Simonds says.  “We’re still tracking the trajectory of Ambrose’s emotional development. The new case rattles him in an even deeper way and becomes another step in his healing process.”