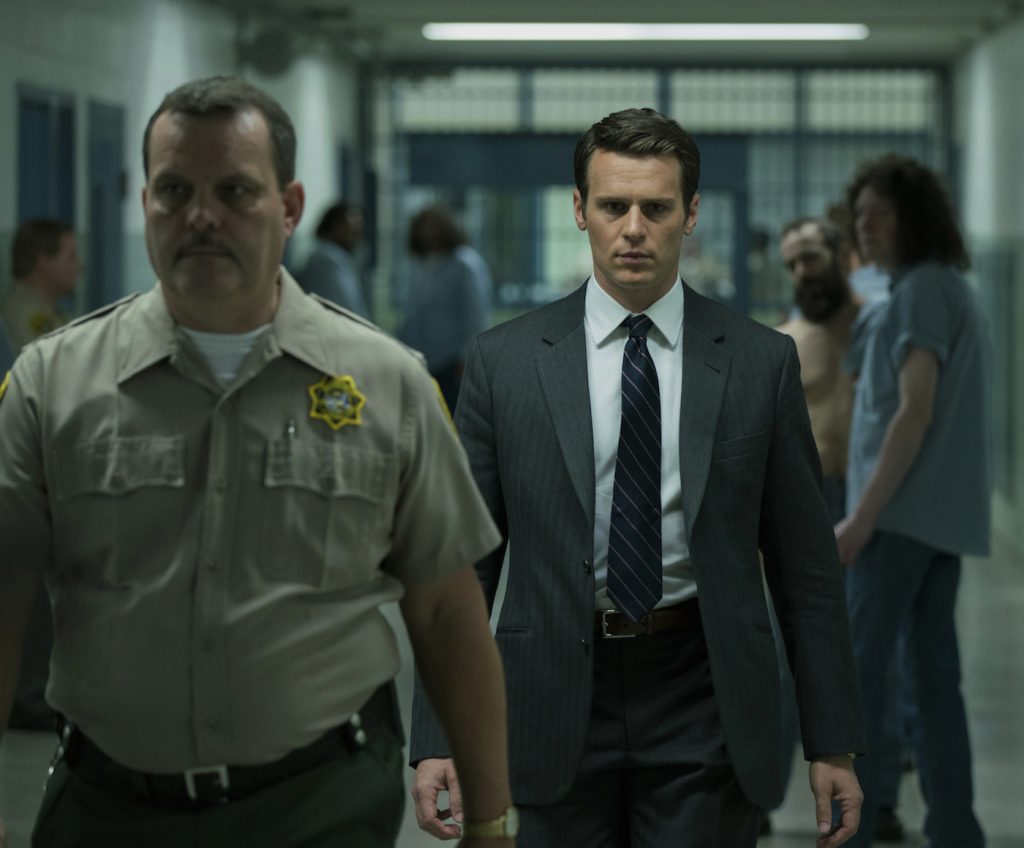 The brilliant mind of director David Fincher is probably full of every tip and trick available to the contemporary filmmaker, but nothing beats good-old-fashioned perfectionism. Which, for the man behind Netflix’s crime series Mindhunter, means shooting a nine-and-a-half minute scene several times. Well, more than several times. Seventy-five times. In a single day.

That’s about twelve hours, not including the single break the crew took for lunch and the time Fincher took to share with his actors the laborious notes he scribbled during each take.

“We’d do a nine-and-a-half-minute take,” Fincher, alongside cast member Jonathan Groff, revealed at an FYC Event in Los Angeles. “Then I’d walk in with a yellow pad [filled] with single-spaced notes. ‘OK, that’s a joke, you can’t toss that off. And this? This is a statement. Make sure that’s a statement.’ And Jonathan would be there going, ‘OK, OK.’ Then we’d do another nine-minute take and he’d do all that stuff, and I’d go to Holt [McCallany] and go over four pages of notes with him. And Happy [Anderson] was like, ‘What? We’re really going to do this [every time]?’”

Fincher is already known for his meticulous ways—Gone Girl producer Cean Chaffin told IndieWire that on that film, each scene took an average of fifty takes—and with Mindhunter, he is pushing his cast even further. But not without the masterful results Fincher so often gets when he wraps a shoot. Holt McCallany, another star of the show who featured on the panel, sees the method behind the madness.

“I didn’t mind,” McCallany said to the audience. “I find when you do something over and over again, you discover things. When [Fincher and the producers] would say ‘Take Fourteen’ or ‘Take Twenty,’ suddenly something becomes apparent to you that you didn’t really realize.” The actors played through the scenes until they saw the hidden depths of every word and pause, and when they brought those deeper meanings to the light, Fincher was there with the camera to feast upon them.

All episodes of Mindhunter Season 1 are now streaming on Netflix.