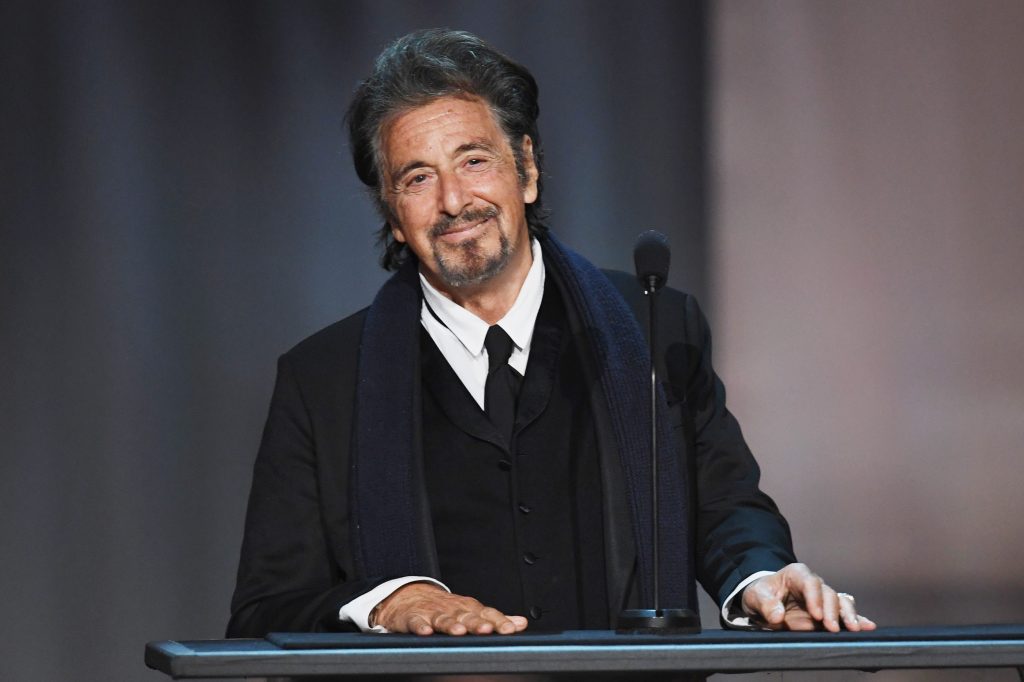 The cast of Once Upon a Time in Hollywood has become a Who’s Who of Hollywood. Al Pacino will join the impressive ensemble of Quentin Tarantino’s Manson Family inspired film. The news follows a yesterday’s announcement of a flood of talent who had signed onto the project.

Previous Tarantino collaborators Leonardo DiCaprio and Brad Pitt will lead the cast. DiCaprio will play aging western star Rick Dalton with Pitt as Dalton’s stunt double, Cliff Booth. Dalton and Booth are fictional characters set in a famous era of Hollywood history, the Manson murders. Pacino joins the cast as Marvin Shwarz, Dalton’s agent. The Godfather legend has yet to work with Tarantino, bringing fresh blood into the mix.

According to Manson Family prosecutor Vincent Bugliosi’s book, Helter Skelter, the senseless murders sparked a panic in Hollywood in 1969. Panic about cults and random murders spread throughout the Los Angeles valley, gripping the community. It was a unique and terrifying time that could make a fascinating ambience for Tarantino’s film. The master storyteller uniquely weaves history and fiction through his stories to create arresting films, making the Manson Family killing spree an interesting setting for the script.

Once Upon a Time in Hollywood is scheduled for an August 2019 release on the 50th anniversary of the LaBianca and Tate murders.