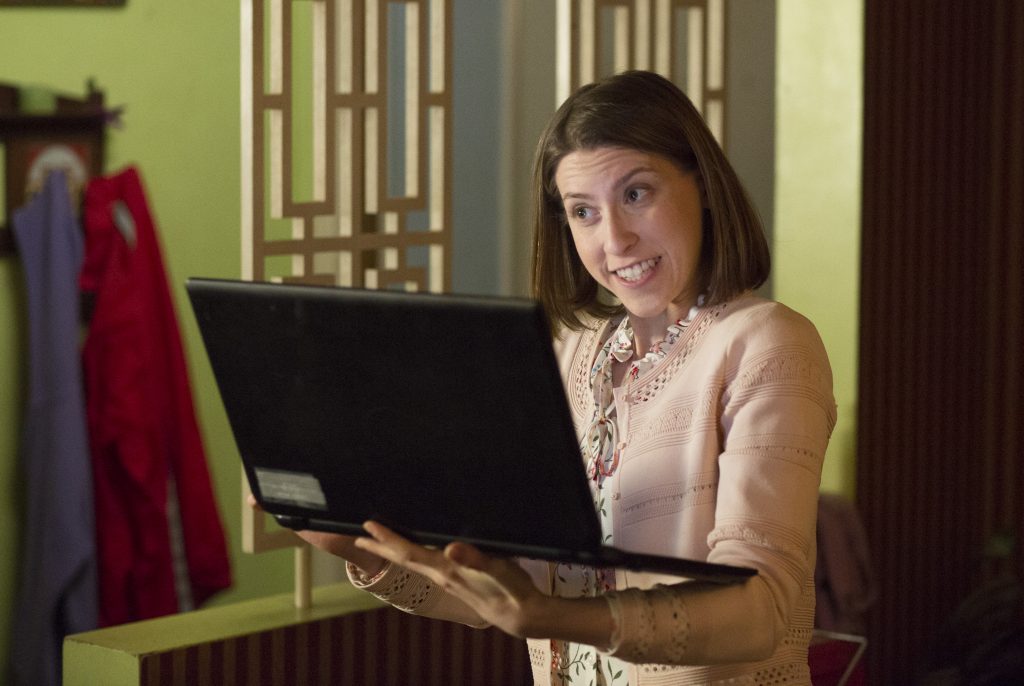 The Middle May Score a Spin-Off Starring Sue Heck

Last week we said goodbye to one of our favorite TV families, the Hecks. We had no idea what we would do without them, but now we may not have to find out. Who could be more appropriate to carry on the legacy of The Middle than the middle Heck child? Series standout Eden Sher as Sue Heck is reportedly in talks for a spinoff at ABC.

Deadline is reporting that The Middle creators Eileen Heisler and DeAnn Heline are in talks with ABC and Warner Bros. TV to produce the Sue-centric show. Sher was the absolute standout of the series with her relentless positivity and can-do attitude. Even when things were looking bleak for the Heck family, Sue was always the bright spot. Even The Middle star, Patricia Heaton, tweeted out her support for the potential series.

Keep your fingers crossed, @TheMiddle_ABC fans – I would love to see this happen as much as you – I need my Middle fix too! @edensher https://t.co/gs2Y3U9CJ7

The Middle finale finally united Sue and Sean Donahue, but Frankie (Patricia Heaton) alluded to several intervening years before they finally tied the knot. That gives the series a lot of space to explore Sue’s adult years. Deadline places the show a few years after the end of The Middle, ‘chronicling the next stage of Sue’s life as a young adult with a new cast of characters around her.’ We look forward to seeing Sue’s adult friends, but we hope that there are a few familiar faces. Brad Bottig (Brock Ciarlelli) and Reverend Tim Tom (Paul Hipp) were highlights among Sue’s orbit. From summers spent working at Dollywood to winning a trip for the entire family to Disney World, Sue always opened the Heck’s world to new and exciting adventures.

Sue’s relationship with Sean – and the infamous snow globe – were the real focus of the final season of The Middle. Popular Axl (Charlie McDermott) and brainy Brick (Atticus Shaffer) always seemed to coast along, but we always had a soft spot for Sue. The eternal optimist, we always hoped things would turn out for the best. Here’s hoping that a spinoff will bring us many more chances to live in the ‘Year of Sue.’

Featured Image: THE MIDDLE – “Bat Out of Heck” – Frankie is surprised but relieved when Dr. Goodwin (Jack McBrayer) agrees to buy all of the peanut brittle that Brick needs to sell for school. But the good doctor displays a bit of Mr. Hyde behavior when Frankie doesn’t deliver the product in an expeditious manner. Meanwhile, Axl is getting sick and tired of having Mike tell him how to run his life; and things go off the rails when Axl attempts to trade in the Winnebago and buy a car. Sue is more determined than ever to win a very prestigious and competitive hotel scholarship; and Frankie swears that she’s seeing something mysterious flying through the house, on “The Middle,” TUESDAY, APRIL 10 (8:30-9:00 p.m. EDT), on The ABC Television Network. (ABC/Michael Ansell)
EDEN SHER