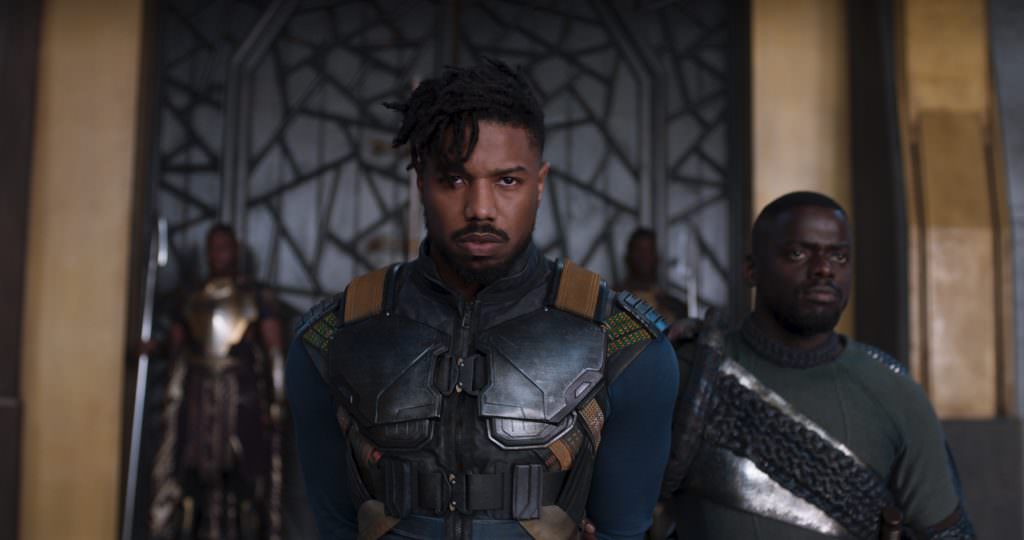 Still reeling from Avengers: Infinity War? You’re not alone. The most shocking ending of any film in the MCU has left Marvel fans stunned. What’s worse, it’ll be a full year until we get any kind of resolution to Infinity War‘s heartbreaking coda, when Avengers 4 (which won’t be the actual title) is released on May 3, 2019. For this reason and more, we direct your attention to this great commentary clip of Black Panther co-writer/director Ryan Coogler discussing Erik Killmonger (Michael B. Jordan)’s backstory. Commentary like this will be one of the major reasons to download Black Panther, as its now officially available on digital HD release, with the Blu-ray/DVD release coming on May 15th.

We already know, thanks to that shocking flashback in the film, that Killmonger’s father N’Jobu (Sterling K. Brown) was killed by the king of Wakanda, T’Chaka (played at the stage of his life by Atandwa Kani) for betraying his home. What this new commentary reveals is that Killmonger didn’t just lose his father—his lost his mother, too.

Coogler reveals the tragic backstory of Killmonger’s mother, which gives us fresh insight into exactly what N’Jobu and the young Zuri (Denzel Whitaker) were plotting when T’Chaka shows up (thanks to Zuri’s relaying the information back). While we all thought that N’Jobu was planning a heist, Coogler reveals that they were actually trying to figure out a way to break Killmonger’s mother (who was not Wakandan) out of prison:

“The backstory idea of it was this was through the idea of the woman he fell in love with, the African-American woman. The idea was that when you see those guys talking over that paperwork in the beginning of the film, they’re trying to figure out a way to break her out. She’s been incarcerated. They’re trying to break her out of jail. The idea is that they never got her out and she passed away in prison, so Killmonger didn’t come up with a mom either.”

This gives Jordan’s Killmonger even more dimensions, and underscores why he’s pound-for-pound the greatest villain in MCU history. Yes, Thanos (Josh Brolin) was more powerful and surprisingly soulful—for a psychopath bent on murdering half the universe—but if we had to chose, Killmonger’s still got the title.