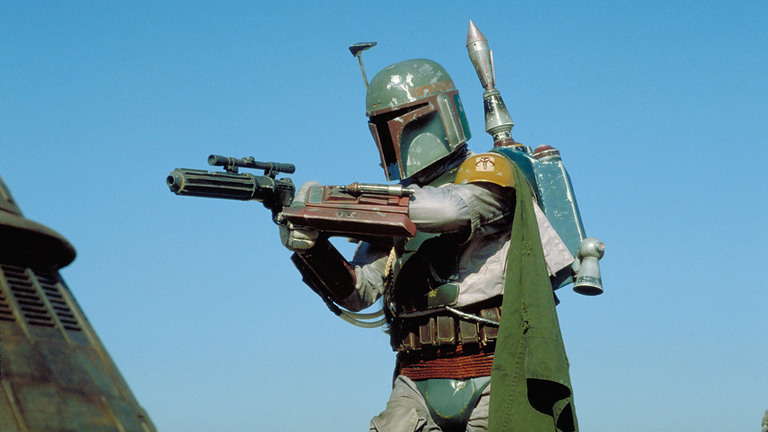 James Mangold directed one of the most deeply rich character films ever made in Logan.

Mangold captured the grizzled, jaded character in his dying days and delivered a fully realized final homage to the mutant. It was grisly, gory, and badass. The depth and detail of the film’s artistry was so authentic you felt immersed in the world of Wolverine. Now, Mangold has an opportunity to explore the layers of another iconic character, Star Wars’ legendary bounty hunter Boba Fett.

THR reports that Mangold is writing a stand-alone Star Wars film about the famed bounty hunter. X-Men producer Simon Kinberg was previously rumored to be working on a Boba Fett film, which seems almost certain now that Mangold has been brought onto the project.

In a franchise that is abundant with unique and interesting villains, Boba Fett has become a standout. Although a well-respected bounty hunter for both Darth Vader and Jabba the Hutt, little is known about the character. Fett dons an iconic weathered uniform and has never been seen without his full-face helmet. Adding to his capital in Star Wars lore, the inaugural episode of Netflix series The Toys that Made Us revealed the most valuable collectible in Star Wars history is a recalled Boba Fett figurine.

Attack of the Clones did add detail that Boba Fett is a clone of Jango Fett and was raised as his son. Brought up as a Mandalorian warrior, Fett is sure to have a violent history. The guy lives in that armor, and he had to have acquired those dents and scratches somewhere. Almost all of the Mandalorians become mercenaries and bounty hunters, meaning he didn’t have a lot of free will when it came to his career.

Someone doesn’t come to be a bounty hunter for the darkest forces in the galaxy without some drama along the way. Fett has to have some disturbing moments in his past that would be compelling on screen. He also has had access to some of the most powerful people in Star Wars, which would be fascinating to see from the inside. There is a lot of unpack here, and Mangold seems to be the perfect fit to dive into this material.

Rogue One was an extremely satisfying, if not heartbreaking, look at one of the most famous unseen stories in Star Wars. Mangold’s Boba Fett film will probably go even farther, with a microscope on Fett’s tragic life. We will be very interested to see how the movie shakes out.