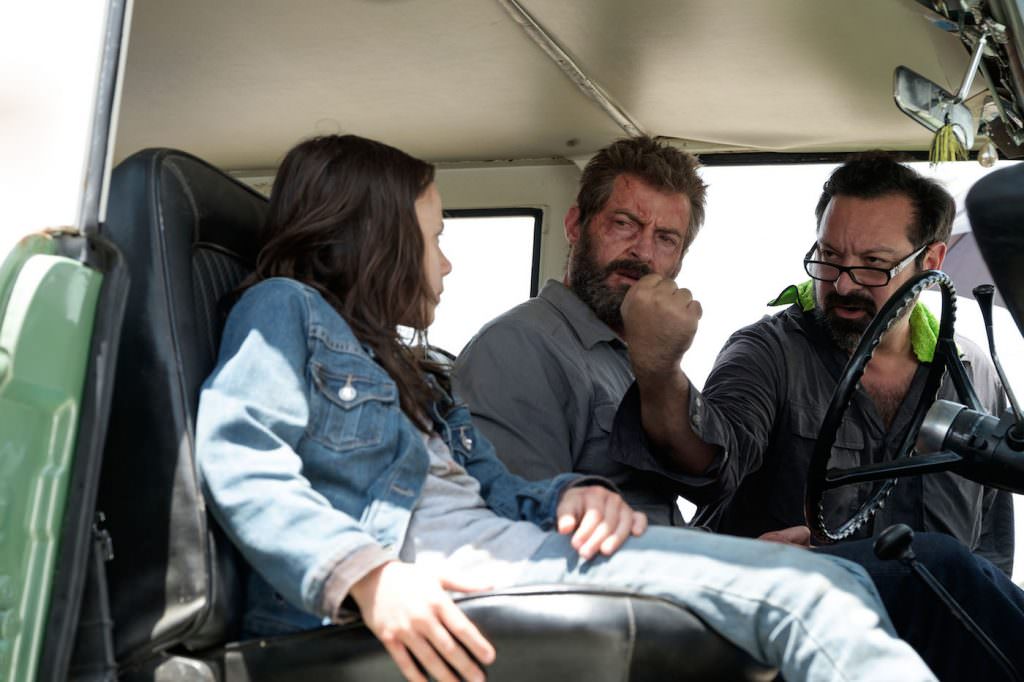 Logan made Oscar history this year as the first comic book-based screenplay nominated for an Academy Award. The distinction’s due in no small part to director/co-writer James Mangold‘s extreme aversion to superhero clichés, which he wearily recites from his office on the 20th Century Fox lot in Los Angeles. “Some new alien arrives with a new power that somehow challenges our heroes; our heroes are fractured among each other so they have to learn how to band together or get over whatever romantic scars they have between them to focus on the fight ahead of them; some secret will be found by uniting together and their power together will be greater than the power of the villain. Etcetera etcetera.”

In creating the swan song for Hugh Jackman’s retractable-clawed Wolverine character (aka Logan), Mangold chose to focus on character over standard-issue plot points. He says, “Given that this was Hugh Jackman’s last Wolverine movie, the question I needed to answer was, ‘What is Logan most frightened of?’ He’s not frightened of the end of the world, he might welcome it. He’s not frightened of his own death, he might welcome it. He’s not consumed with vengeance for a specific villain, he’d rather live life in isolation. But it dawned on me: Logan is completely phobic about intimacy.”

To that end, Mangold, who previously directed and co-wrote Oscar-winning roles for Angelina Jolie (Girl, Interrupted) and Reese Witherspoon (Walk the Line) devised a story that forced Logan, worn down from 200 years of fighting, to make room in his life for Professor X (Patrick Stewart) and a fierce eleven-year old mutant named Laura (Dafne Keen). Mangold says, “We wanted to put Wolverine in a much more vulnerable state than we’ve ever seen him in, so we created this character piece where Logan’s needed by an ailing father figure and he’s needed by a daughter. This makes him supremely uncomfortable.”

Core concept in place, Mangold tipped his hat to Taxi Driver by making Wolverine an anti-social Uber-driver, drew on Mark Millar’s “Old Man Logan” comic book story as tonal inspiration and used The Unforgiven and 1953 western Shane as thematic touchstones. After hashing out a 50-page first act, he enlisted veteran sci-fi writer Michael Green (Green Lantern, “American Gods”) to shape the rest of the tale. But the collaborators hit a stumbling block when it came to Laura’s character, who flees the laboratory that built her from Wolverine’s own genetic material before hitting the road in a pickup truck with Logan at the wheel. “Michael and I struggled with the early parts of the script because whenever Laura spoke, she sounded like your standard childish innocent or else some cloyingly precocious kid. We couldn’t find out Laura’s voice.”

When Green moved on to co-write Blade Runner 2049, Mangold turned to Scott Frank, renown for Ocean’s Eleven and the recent Netflix series Godless. In place of phony-sounding banter, Mangold says, “Scott suggested silencing Laura, and that seemed to work. When Laura finally talks almost 90 minutes into the movie, we pushed that idea even further by having her speak in Spanish. We realized the harder we made the verbal communication between Laura and Logan, the richer the scene and the more powerful the words became, as opposed to just being blather.”

For Logan’s character, Mangold crafted terse dialogue spiked with F-bombs. “It was never really about wanting swearing,” Mangold explains. “It was about removing the filter and letting the movie feel like it’s about a loner who’s carrying a lot of anger and has no filter for his rage.”

Writing dialogue as well as action, Mangold took full advantage of the R-rating he’d envisioned from the outset. Unconstrained by the PG-13 label typically assigned to comic book movies, Mangold says, “This movie could not legally be marketed to children, which means there’s no Happy Meals, no action figures, no advertising on Saturday morning cartoons. I don’t have to worry about the attention span of a 12-year old. I don’t have keep the story ‘up-cut’ to keep kids engaged. I only have to think about pleasing grown-ups. From writing onward through the directing, I had the freedom to make a more sophisticated movie.”

The hard “R” rating also empowered Mangold to write hyper-violent action sequences culminating in a tree branch puncture wound of gasp-worthy proportions. But the decapitations and claw slashes served a character-driven purpose, Mangold says, “I have a lot of misgivings about violence and PG ratings. A PG film might show hundreds of people dying, falling off buildings, getting mowed down by rapid fire guns, but you don’t feel the deaths because the ratings system dictates the amount of agony being played by the actor. In a weird way, that makes violence more palatable because when we excise the upsetting bits, we de-sensitize ourselves to death to the point where it’s almost like shooting ducks at a carnival. We wrote a movie about a character struggling with the PTSD from three lifetimes of mayhem and violence, so it was important to feel the toll all that bloodshed has taken on Logan’s soul.”

If Logan in its final form broke new ground as a humanistic superhero yarn, it’s only because Mangold and his partners relentlessly revised their screenplay until they had a fresh variation on well-worn genre conventions. “There’s so much trial and error,” Mangold says. “You never just have a fever dream and write a script. The ones I’m most proud of come from working and re-working the story, repeatedly. You can always go back to what you had, but if you keep experimenting, even if it’s only fifty percent of the time, that effort takes you to something better or newer.”