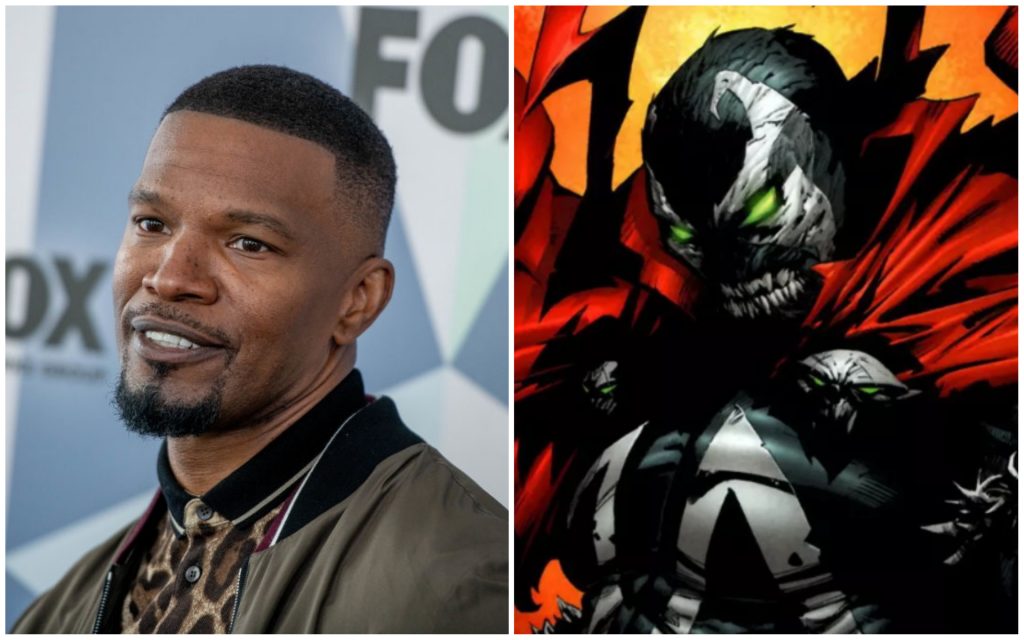 What do you get when you combine an Oscar-winning actor with the creator of one of the comics most iconic anti-heros and a production company known for their consistent excellence in creating horror films? Spawn. That’s right, Jamie Foxx has nabbed the role he’s long sought and will be starring in Spawn creator Todd McFarlane’s film, with Blumhouse Productions (the folks behind Jordan Peele’s Get Out) producing. This will be McFarlane’s directorial debut, and he’ll also write the script based upon a character he created in 1992.

If you’re not hip to Spawn, here’s the character’s back story: His given name is Al Simmons, and he’s a former member of a CIA black ops team who is betrayed by his comrades and murdered. He wakes up in hell, where he’ll be spending the rest of eternity in agony for his role in killing innocent civilians. Yet Simmons makes a deal—his soul for a chance to go back and see his wife. Like all deals made in hell (and elsewhere, apparently), the devil’s in the details, and Simmons finds that when he returns to Earth, he’s marooned in the terrifying costume of Spawn. What’s worse, his wife has moved on…with his best friend. Thus Spawn is born, a very bitter, very heartbroken, very capable killing machine who is sometimes good, sometimes not. There has been a Spawn film before, 1997’s Spawn, directed by Mark A.Z. Dippé and starring Michael Jai White. That film had an unforgettably grotesque villain, the Clown, a.k.a. the Violator, played by John Lequizamo.

Another interesting facet of the McFarlane/Foxx Spawn reboot is that the film will be R, like Deadpool and Logan before it, and that McFarlane’s not interested in getting caught up in an origin story. The writer/director told Deadline that his favorite scary movies never bothered explaining themselves: “The scariest movies, from Jaws to John Carpenter’s The Thing, or The Grudge and The Ring, the boogeyman doesn’t talk.”

McFarlane took to Instagram to share the news, explaining just how long he and Foxx have been talking about this project. We’ll share more about Spawn when we know more:

… ME with new SPAWN!!! Official Spawn Movie Update!! . We’ve cast ACADEMY AWARD winner @iamjamiefoxx as #Spawn in the upcoming #SpawnMovie produced by @blumhouse!!! This is the first of more BIG announcements to come, so stay tuned for more. Here are some photos of Jamie and me… including one from WAY back in the day. We’ve been talking about this for real for a long while… . . Link in bio for full article! . . . TODD