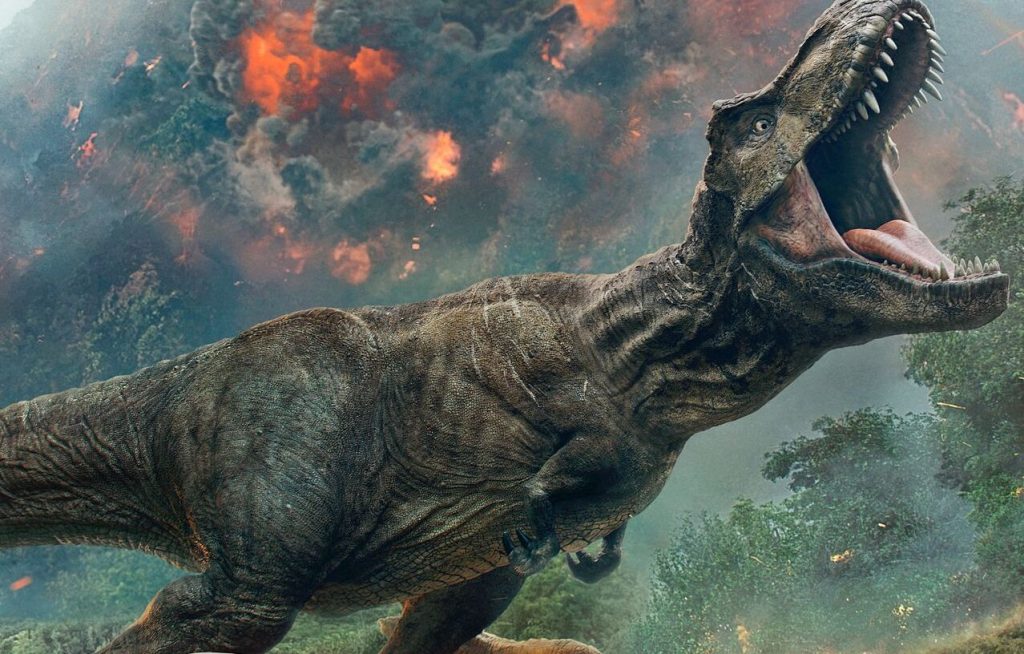 At the 21-second mark in this new Jurassic World: Fallen Kingdom TV spot you’ll see the matchup you didn’t know you’ve been waiting for—a T-Rex versus a lion. While the two don’t actually tangle in the brief glimpse, the very fact they’re in the same place tells you Fallen Kingdom will be venturing off Isla Nublar and plunging the dinosaurs into populated areas, much like Steven Spielberg’s The Lost World: Jurassic Park did in 1997.

There’s surprisingly quite a lot of new footage back into this half minute long glimpse at director J.A. Bayona’s more horror-centric installment in the franchise, including a closer look at the genetically modified indoraptor, which, along with the colossal, aquatic mosasaurus and the lithe and lethal baryonyx (think a larger velociraptor, slower but stronger) is one of the new, marquee dinosaurs in a film that supposedly packs in more prehistoric beasts than any other installment in the franchise—combined.

The T-Rex v. lion moment speaks to how Fallen Kingdom will take the dinosaurs of Isla Nublar and plop them down in a populated area, where they can do maximum damage as they play out their biological imperative to eat things that are smaller than them. With Bayona at the helm, placing dinosaurs in places like, say, a child’s bedroom (the signature shot of all the promotional material we’ve seen thus far) will give the horror master a chance to take Fallen Kingdom into darker, more frightening territory. The storyline revolves around a dormant volcano roaring to life and threatening the dinosaurs of Isla Nublar, forcing Owen (Pratt) and Claire (Bryce Dallas Howard) to mount a campaign to rescue them. This is likely what gets the dinosaurs from the island to an area with humans—and zoo animals, apparently. Fallen Kingdom also involves yet more human stupidity and cupidity,  a brutal combination that once again has them believing they can control the dinosaurs and use them to their various ends. See the genetically modified—and guaranteed soon-to-be out of control monster—the indoraptor. Owen and Claire uncover a conspiracy involving dino genetic meddling that could “return our entire planet to a perilous order not seen since prehistoric times,” per the synopsis.