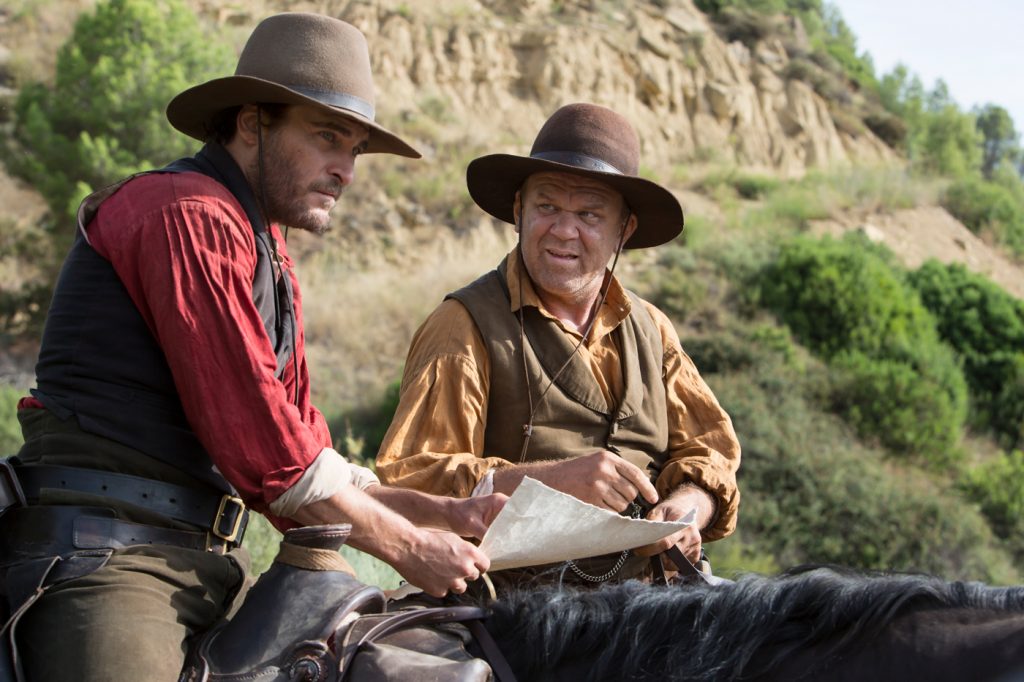 Does The Sisters Brothers Trailer Hint at The Next Great Western?

Westerns hold a special place in all of our hearts. The setting not only provides incredible images, but the sense of desperation that permeates the atmosphere also lends itself to more visceral emotions. Recent years has given us a few gems, with David Mackenzie’s Hell or High Water a particularly good modern oater. With The Sisters Brothers, we may have a great one in store.

Finally, seven years after John C. Reilly acquired the film rights to Patrick deWitt’s acclaimed novel, we get a first look at The Sisters Brothers. The western’s first trailer came out this morning, giving us a taste of what the star-studded cast of Reilly, Joaquin Phoenix, Jake Gyllenhaal, and Riz Ahmed will look like in action. Safe to say, the glimpse here does not disappoint. Reilly and Phoenix, in particular, show off their undeniable chemistry as Eli and Charlie Sisters, respectively. Reilly’s character is tired of the life of crime, while Phoenix’s is more the unhinged, loathsome of the two. The dialogue is fantastic, doing a commendable job adapting the brilliant banter in deWitt’s bracing novel. Phoenix’s Charlie Sisters has shades of his own Doc Sportello from Inherent Vice, except instead of the bud, Sisters takes solace in the drink.

The brothers are on a mission to find a man who stole from their boss, but in the process learn of a chemical formula that illuminates the gold in the river. From there, friends become foes, and everything unravels for our titular Sisters. But for us, we are treated to a tale of intrigue, comedy, and action. The trailer, with “Tainted Love” by Gloria Jones playing in the background, shows off the actors’ impeccable dramatic and comedic timing, beautiful scenery, and gives credence to the idea that we might have the next great western on our hands.

The Sisters Brothers is directed by Jacques Audiard and is expected to be released in fall of 2018.