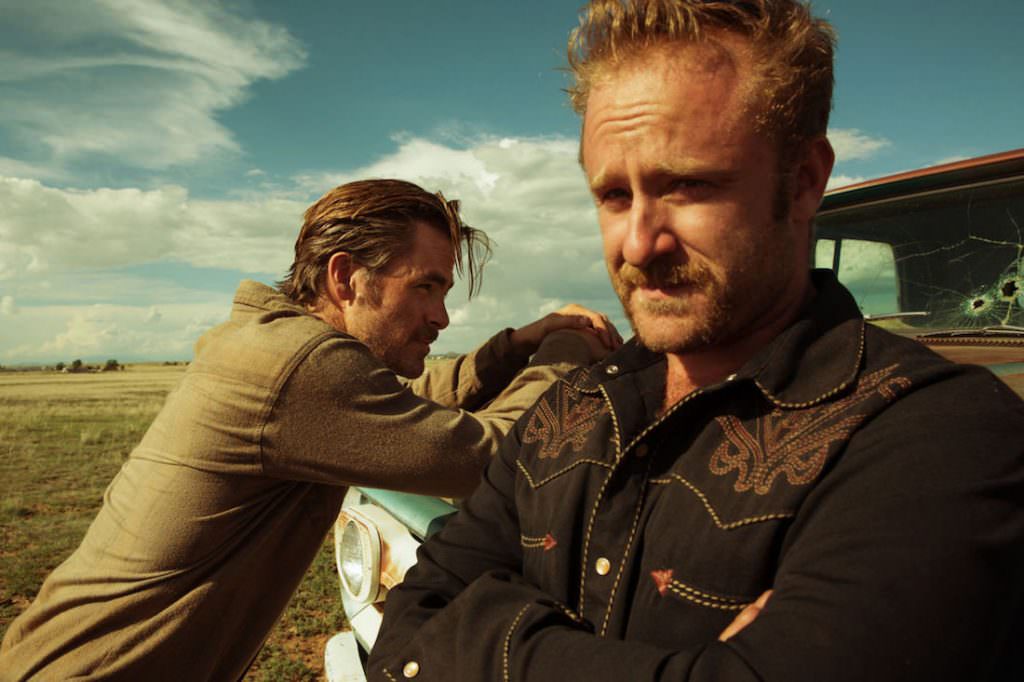 Offering context for his stirring Hell or High Water screenplay, Taylor Sheridan expertly expounds on West Texas cattle farming, the 1930's dust bowl, predatory banking practices, boom or bust oil economy and the isolation engendered by wide open spaces. But Sheridan also invested plenty of his own experience into the story. Nominated for a Writers Guild Award and Golden Globe for best motion picture screenplay, Hell or High Water follows a broke, divorced rancher Toby (Chris Pine) who robs banks with his criminal brother Tanner (Ben Foster) to pay back a bank loan before his home gets re-possessed. Sheridan says he knows first hand what it’s like to suffer severe financial stress.

Speaking from Park City, where he's setting up the Sundance Film Festival premiere of his new movie Wind River, Sheridan remembers the dire straits that gave rise to Hell or High Water. "Me and a baby and a wife had crammed ourselves into this 700-foot apartment off of Sunset Boulevard," he recalls. "I’d already written Sicario, but nobody would touch it with a ten-foot pole. I didn't have any money so I’m sitting there trying to write my way out of the situation. With Toby in Hell of High Water, you're talking about a man who feels his poor actions have limited the future of his children, and here I am in this one-bedroom apartment trying to write myself out of it and dealing with those same feelings of failure."

Sheridan also wrote what he knew in creating Texas Ranger Marcus, portrayed in an Golden Globes-nominated performance by Oscar winner Jeff Bridges. "My cousin was a federal marshal for 37 years before they forced him into mandatory retirement," Sheridan says. "I had to watch this hero of mine get robbed of his purpose when his job was taken away. All these things culminated in the story I told, so for me, Hell or High Water is deeply personal — even though I never robbed a bank."

In crafting one of 2016's most original screenplays, Sheridan avoided the kind of exposition-heavy plots he'd come to loathe during his years as an actor on episodic television. For example, when deputy Alberto (Gil Birmingham) breathlessly informs Marcus about the bank robberies, the veteran ignores the news and replies "Why you always dress like me?" Sheridan explains, "That's the essence of Marcus' personality," "He's an old hand. He doesn't need all the information. There's a certain amount of 'slow down there whippersnapper' and that's what's important to me. I want to see the men."

Sheridan continues, "Look, we've all seen 10,000 CSI's. Hell, I've done 10,000 CSI's. That's not what you go to the movies for. You go to the movies to see things that surprise you, shock you, make you laugh and move you.  I don't want explain things to the audience, which I can't stand when I go see a movie. There are basic cardinal rules in screenwriting that everyone knows but nobody pays attention to, like, 'Don't tell me something you can show me.'

Sheridan devised an ingenious plot and kept complications to a minimum. "I knew this story would be about these brothers' dynamic and the intergenerational inheritance of poverty. I knew they were going to rob banks. I knew it wasn't going to go well. I wanted my story to be simple because my movies aren't about plot. They're about the characters."

And in some cases, those characters die abruptly without benefit of a scenery-chewing send-off. "People don't get big death scenes in real life," he says. "I didn't want to give Jeff bridges a chance to say 'I'm sorry for all the mean things I said. Let me say something kind now that redeems me.' No!  You don't get off the hook that easy."

Scottish director Dave MacKenzie directed Hell or High Water. Sheridan welcomed his contributions as a filmmaker who could bring an outsider's eye to his home-grown material. "We're still such a young country in many ways and our chaos was fascinating to Dave," says Sheridan, who was born and raised on a Texas ranch.  "He was able to look at the landscape with really clear eyes and as a result, I think you see a more authentic version of this world than you would have if an American director had done it."

After Hell or High Water wrapped, Sheridan decided to grab the directorial reins himself for Wind River, which stars Jeremy Renner and Elizabeth Olsen. Set on a Wyoming Indian reservation, the thriller joins Sheridan's 2015 Tex-Mex drug traffic drama Sicario and Hell or High Water to complete the filmmaker's trilogy of contemporary westerns. "The theme for these movies is the modern American frontier," Sheridan explains. "How much has it changed? How much has it not changed? How much is the frontier suffering 130 years after assimilation and settlement? How much are we still suffering and what can we learn about ourselves?"

The topics may sound weighty, but Taylor takes pains to communicate his concerns through a crafty re-working of familiar forms. "I like to wrap my films in existing genres so the pill goes down a little easier," he says. "If Hell or High Water were solely about poverty and the devastation of an era and bank loans? That sounds frigging boring to me. But as soon as you make it about two guys robbing those banks, suddenly it's interesting. I'm always happy to use a genre as a vehicle for things that I think are worth talking about."