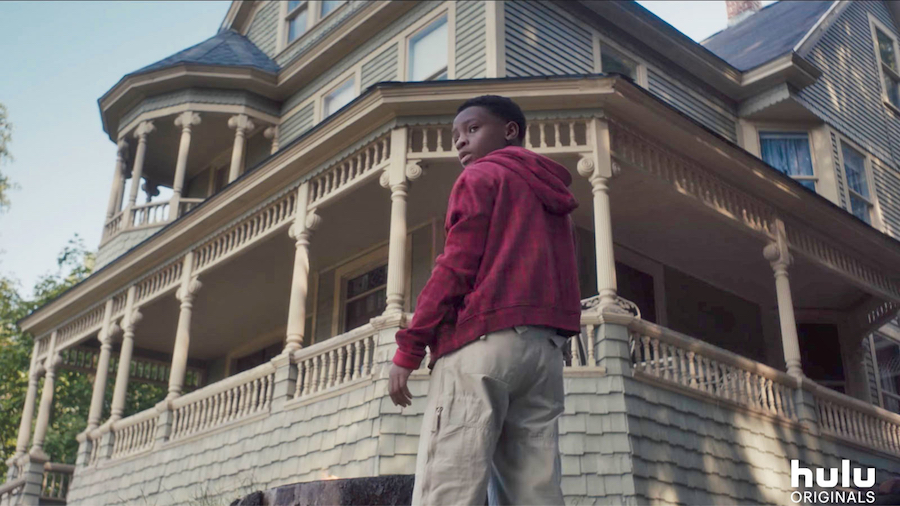 Stephen King fans, you’ve got something special coming to you this summer. Hulu dropped the official trailer for Castle Rock, which will premiere on the streaming service on July 25, 2018. The show will be bringing in characters, themes and storylines from some of King’s most beloved stories, creating an original, epic new narrative set in—you guessed it—Maine. Castle Rock is a fictional town in King’s home state that has been the locus of the terrifying and the supernatural for years. King has long tormented Maine, whether it was in the fictional Derry, Tarker, Jerusalem’s Lot, Chester’s Mill, or Chamberlain, but perhaps none more so than Castle Rock. Castle Rock has been one of the busiest places in the King multiverse: it has featured in stories including Cujo, The Dark Half, IT and Needful Things, as well as novella The Body and short stories like Rita Hayworth and The Shawshank Redemption.

“Whenever it began, whoever’s sin we’re paying for, we’re trapped in a cycle that stretches back centuries,” a voice over tells us in the official trailer. Produced by King and J.J. Abrams’ Bad Robot, Castle Rock will draw from King’s massive literary output while serving up a brand new suspense/thriller. This is the first time there’s been a reimagining of King’s work to this extent, exploring the many worlds and themes of his career, touching upon some of his most memorable stories. The trailer offers a series of startling vignettes—a mascot jumping to his or her death, an alligator, a body being wheeled into a jail cell, a man in a terrifying papier-mâché mask—with one unifying theme: the awful things that happen and that people do in Castle Rock is Castle Rock’s fault. King has long been intrigued in the way places can hold negative charges, bad energy, vicious voodoo—however you want to phrase it, in a King story, location means a lot. We’re intrigued.