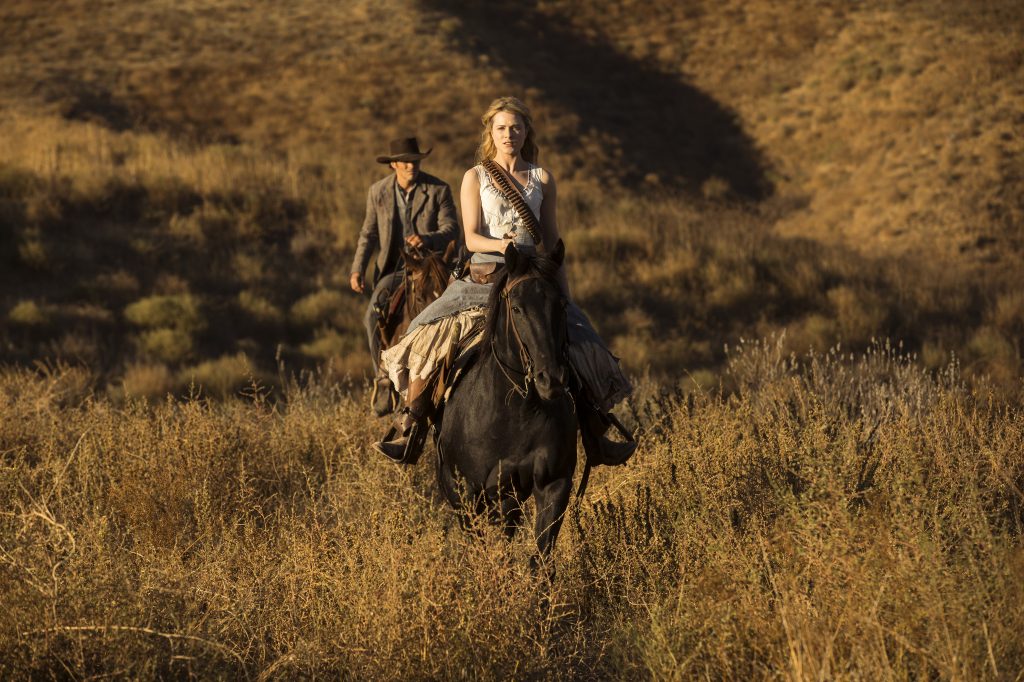 The Mysteries Westworld Established in the Season 2 Premiere

Westworld is back, but the park is closed to tourism as the hosts have revolted against their human overlords and are now running the show—and their own narratives. From critics reviews, fans knew to expect a grittier and bloodier season as the hosts explore their new freedom and Delos attempts to control the catastrophe that plagued the first season. Season 2 may be simpler than the last, but that doesn’t mean fans don’t have questions. Here a few questions that the internet is asking today following the season premiere, “Journey Into Night.” We must warn you – there are SPOILERS ahead.

When, not where, are we? Season 1 took us for a ride with diverging timelines and it was revealed that some timelines had taken place in the past, like William (Jimmi Simmons) meeting Dolores (Evan Rachel Wood).  How many timelines will we see this season and how far back will they take us? Especially considering Bernard (Jeffrey Wright) is apparently experiencing Arnold’s memories.

Just how big is the park? And where is it located? In the first episode we see Delos mercenaries arguing with Chinese soldiers about who has jurisdiction. They are informed by Karl Strand that they have control over this part of the island. This confirms fan theories that the park is located on an island, probably somewhere off the coast of China. This theory is further supported by the hosts turning up dead in a lake. Where did all that water come from? Is this the “valley beyond” that Dolores has been dreaming about?

How did all of those hosts wind up dead in the lake? Bernard claims he “killed all of them” which seems very unlike him, but if the show has taught us anything is that just when you thing you know a character, they surprise you.

Is Maeve is turning a new compassionate leaf? While Dolores is off being a guerilla war general—cutting down some of her fellow hosts along the way—Maeve is tending to a wounded host in Delos HQ. It looks like for now the two may have switched roles, but we’re sure that Maeve will be ruthless in the search for her daughter.

Where is Peter Abernathy (Louis Herthum) and why is he so important? From critic reviews we know that part of Dolores’ focus is finding her father, the glitching host Peter Abernathy. Last we saw Peter, Charlotte (Tessa Thompson) uploaded a mysterious code into his host body and sent him back out into the park. She tells Bernard that the key to being rescued by Delos is to find Abernathy because he’s an “insurance policy.” Speaking of Charlotte, another question fans have is why is Delos collecting guest data and DNA? And what do they plan on using it for? We can only assume that it will come up as a major plot point this season.

And lastly, is Teddy Ok? The always loyal Teddy (James Marsden) is standing steadily by Dolores’ side as she leads the host revolution, but we wonder if Teddy may be a little too soft-hearted for this gruesome revenge story.

Westworld season 2 is already to a strong start and we can’t wait to see what surprises this season has in store for us.