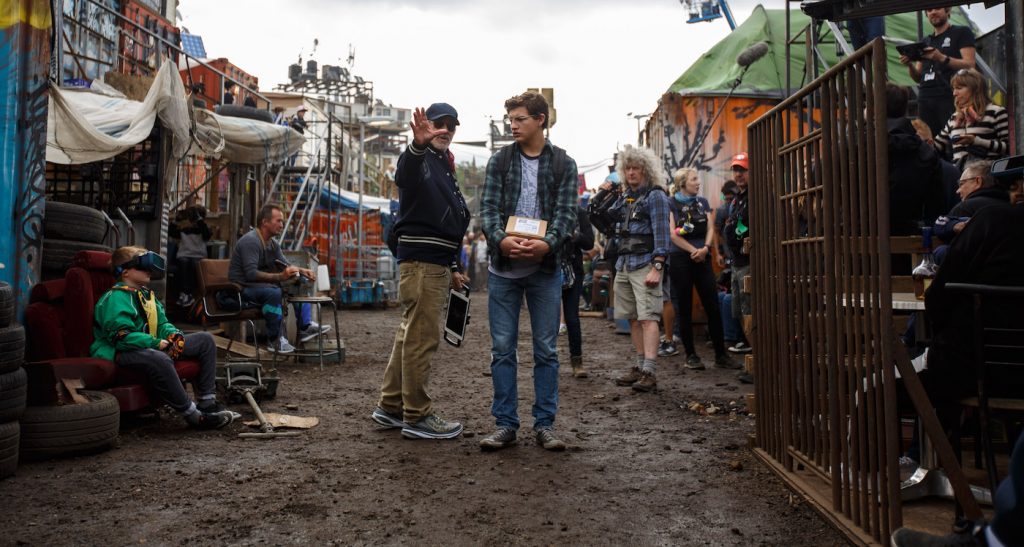 This is a major, major announcement coming from Warner Bros.’ and DC—Steven Spielberg will be producing and possibly directing a movie about DC Comics’ Blackhawk. The script is from one of his longtime creative partners, writer David Koepp (Jurassic Park, War of the Worlds, Indiana Jones and the Kingdom of the Crystal Skull), and would likely return the legendary filmmaker to World War II.

World War II is, of course, territory he Spielberg mined to fantastic effect before with Saving Private Ryan. The Blackhawk story is based on a team of World War II fighter pilots lead by the titular hero, who have been fighting Nazis and other assorted bad guys through the pages of Quality Comics’ Military Comics since the 1940s. DC Comics acquired Quality in 1956, and slotted the hero and his band of brothers in their larger DC universe.

Since then, Blackhawk and his team have been reimagined as a modern government strike-force, among other incarnations, but it seems likely that Spielberg’s version will likely stay rooted in the world of WWII. The Hollywood Reporter broke the story:

“We are so proud to be the studio behind Steven Spielberg’s latest hit, and are thrilled to be working with him again on this new action adventure,” Warner Bros. Pictures Group chairman Toby Emmerich told THR. “We can’t wait to see what new ground he will break in introducing ‘Blackhawk’ to movie audiences worldwide.”

Yesterday we learned that he’s the first filmmaker to ever cross the $10 billion threshold. His films, from Jaws through Ready Player One, have been foundational to American cinema over the past 40 years. He’s covered nearly every genre, from horror (Poltergeist) to war movie (Saving Private Ryan), from heist (Catch Me If You Can) to historical (Schindler’s List, Bridge of Spies, The Post). He’s made some of the best sci-fi films of all time (Close Encounters of the Third Kind, E.T., Jurassic Park, War of the Worlds) and through it all people have thrilled to his work. So yeah, if anyone can make Blackhawk work, and it really can and should work, it’s Spielberg.